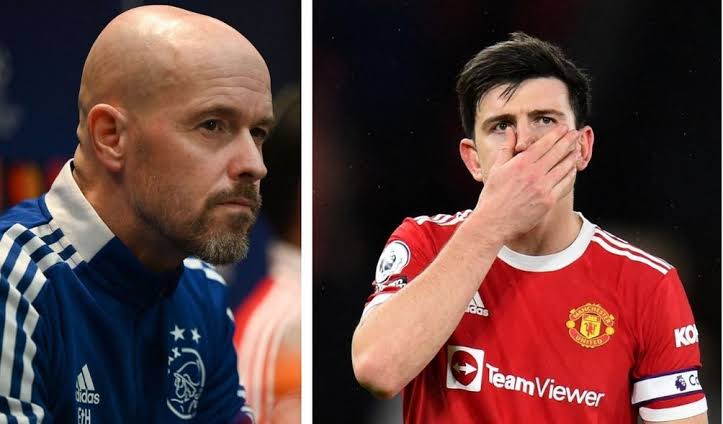 Ahead of Saturday’s trip to Southampton, Erik ten Hag has warned Harry Maguire that being Manchester United captain does not guarantee him game-time.

The 29-year-old accepts that he is fighting for his future at Old Trafford, with Ten Hag suggesting rotating his defenders will become a theme this season.

That Maguire is club captain will not enter Ten Hag’s thinking when deliberating team selection ahead of Saturday’s trip to the south coast.

‘I don’t think it means that when you are captain you are established to play always, especially when you also have Varane in your squad,’ Ten Hag said of Maguire.

‘There is competition, and we need that. Varane’s stature is immense. When the team needed him, he was there.

‘His profile, stature and what he won in the past shows he can really contribute. We have so many games and we can see from game to game what we need. There are many options.’

Ten Hag has stopped short of pondering a change in captain after Bruno Fernandes took the armband on Monday.

Maguire may have a battle on his hands to regain a spot in Ten Hag’s preferred starting XI before worrying about a potential leadership change.

‘I am not looking so far,’ Ten Hag added. ‘We have a leadership group and Harry is one of them, Bruno is one of them. Bruno did quite well as captain. He led by example and he brings so much energy to the team in and out of possession.’

Update emerges on why Chelsea transfer for Aubameyang wont sail through