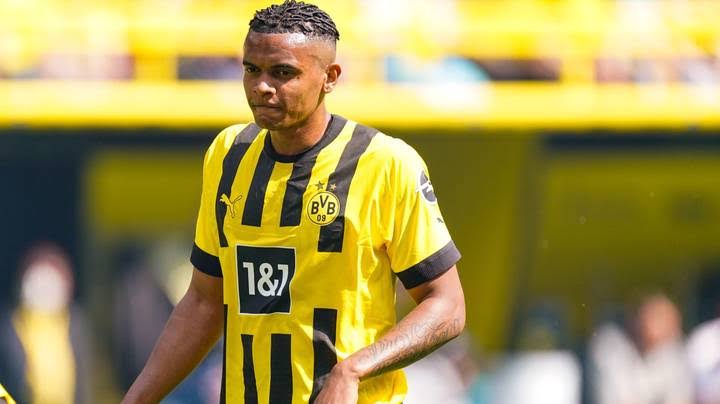 Borussia Dortmund star, Manuel Akanji could be joining Manchester City anytime soon as both clubs have begun discussions over a possible deal.

The 27-year-old has less than a year left to run on his contract at Signal-Iduna Park and has not made an appearance so far this season.

He has been linked with moves to Leicester and Manchester United in recent times, but NaijNaira understands talks are ongoing with Man City over a move instead.

John Stones’ poor start to the season and the need for Nathan Ake to cover at left-back following Oleksandr Zinchenko’s departure means Pep Guardiola is looking towards the transfer market to find a solution.

A deal for Akanji is expected to cost less than £15m, which makes him an attractive option to Man City.

The Premier League champions have already brought in Erling Haaland, Kalvin Phillips, Stefan Ortega Moreno and Sergio Gomez this summer, while Julian Alvarez has joined up with the squad after his January signing from River Plate.

Man City have conceded five goals in their opening four Premier League games – the worst record of the division’s current top five – and Guardiola has publicly expressed their need to be better defensively.

Akanji has made 158 appearances for Dortmund since joining from Basel in 2018.

The Switzerland international has also featured at two major tournaments for Switzerland.

Manchester City
Up Next

Southampton Vs Chelsea Confirmed Lineups Are Out