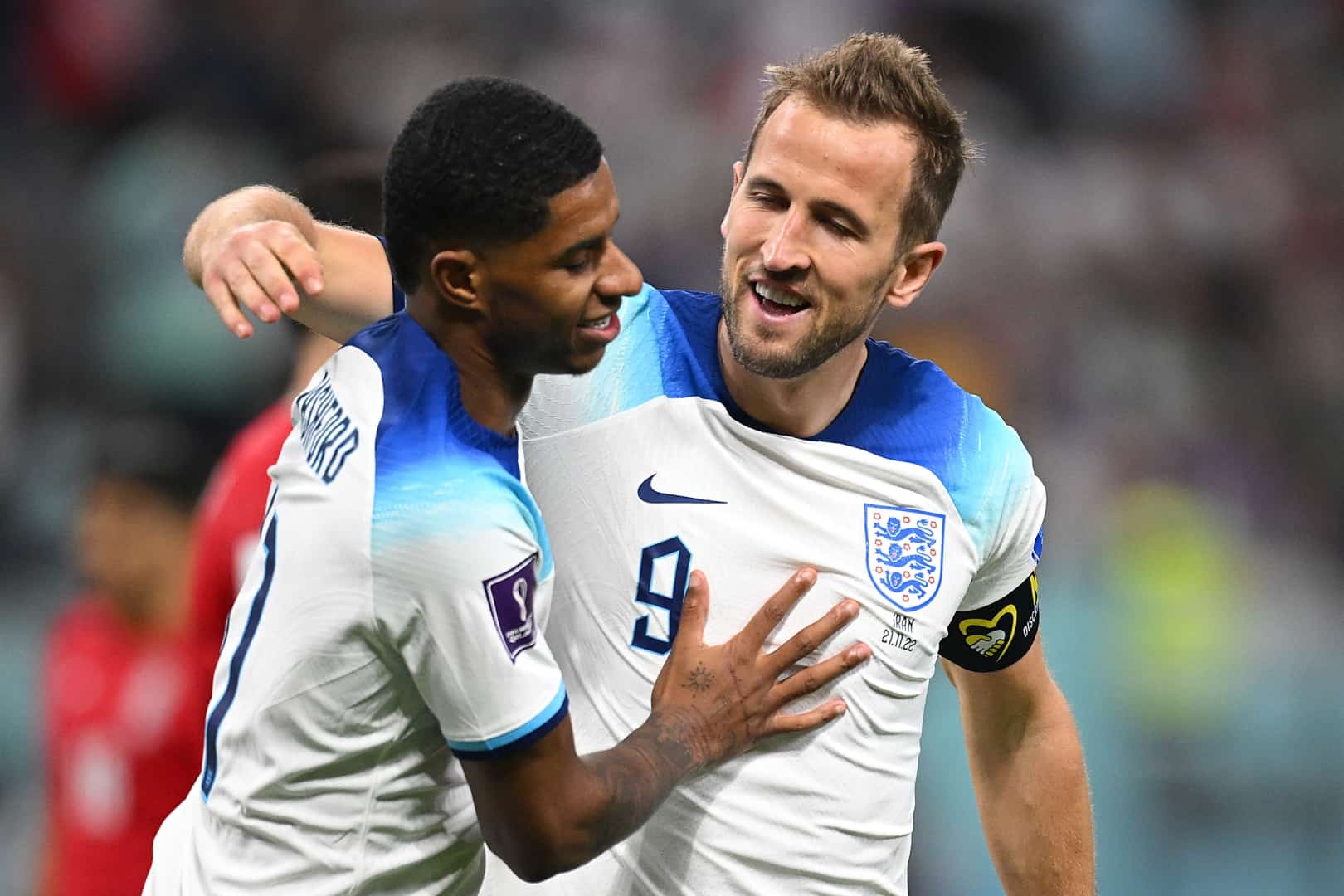 England drew 0-0 with the USA on Friday night, a result which should see Gareth Southgate’s side progress into the knockout stages of the tournament barring a disastrous sequence of events.

The knockout stages of the World Cup will provide a platform for players to stand up and be counted when the pressure is at its highest.

And those who rise to the occasion could incidentally put themselves in the shop window.

Several Three Lions stars have been linked with exits from their respective clubs so far this season and a strong World Cup campaign could see interested parties arrive with concrete offers in the January transfer window and beyond.

Midfielder Jude Bellingham is the most obvious contender for a move in 2023.

The playmaker has been heavily linked with Manchester City, Liverpool and Real Madrid recently, with Borussia Dortmund willing to listen to offers for the teenage sensation at the end of the season.

Chelsea are also in the race for the 19-year-old, perhaps because they are fearful of losing Mason Mount at some point.

The Blues academy prospect himself could also be on the move soon, with his contract expiring in 2024 and reports circulating that extension talks have stalled.

Liverpool have been long-term admirers of the midfielder, with Jurgen Klopp being particularly fond of Mount.

Captain Harry Kane has been linked with an exit from Tottenham recently too in what would be a hammer blow to Antonio Conte’s hopes of ending his side’s trophy drought in north London.

The striker is thought to be on Bayern Munich’s list of transfer targets, with the Bundesliga outfit keen to find a replacement for Robert Lewandowski, who left for Barcelona over the summer.

Another significant move that could come at the end of the season would be Declan Rice leaving West Ham, which is looking likely once again.

The 23-year-old has been tipped to join a Big Six club in the summer, with his price tag likely to exceed £100million despite his contract expiring in 2024 (with the club having the option to extend to 2025).

Harry Maguire, who is looking to recapture his form with England after a torrid few seasons with Manchester United, is starting to look surplus to requirements at Old Trafford and could also be on the move.

The arrival of Lisandro Martinez has led to Erik ten Hag dropping his club captain to the bench regularly, and a transfer could finally take the central defender out of the firing line.

On the contrary, one player who may find himself in the limelight after a transfer is James Maddison – who is yet to feature at the World Cup so far due to injury.

Newcastle saw several bids for the Leicester City star rejected over the summer and are certain to reignite that interest at the soonest opportunity.

But it remains to be seen whether his value will soar further if he plays in Qatar.

How To Join Betway Affiliate Program In Nigeria