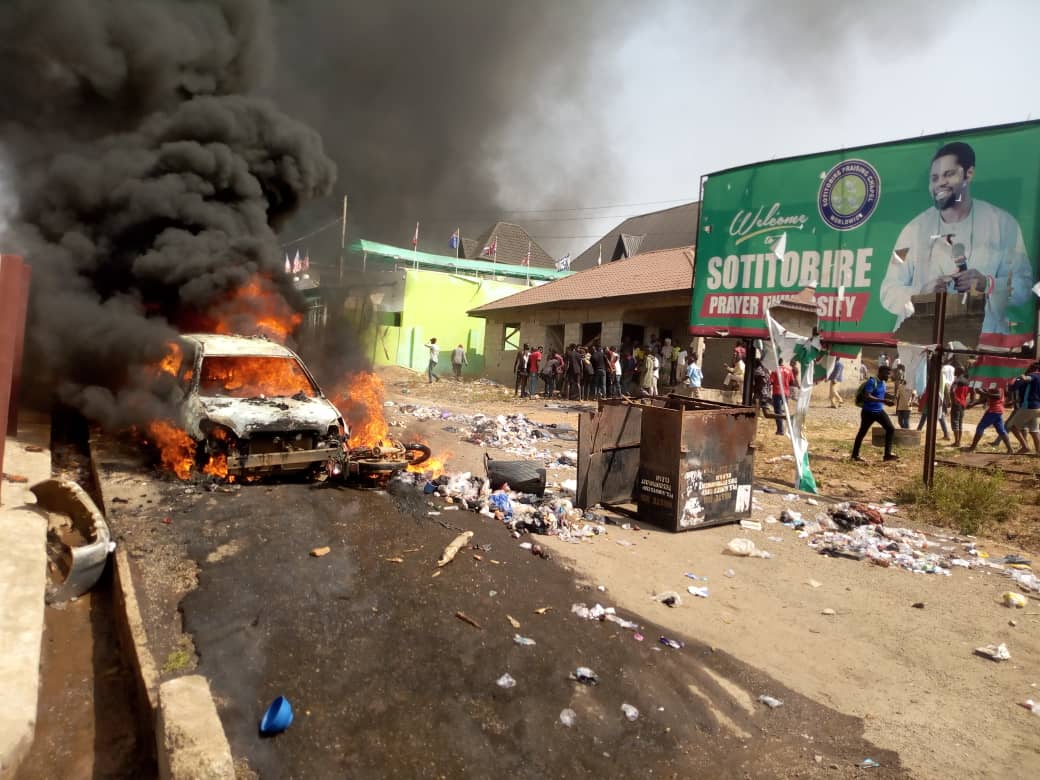 The latest terrorist attack at Craneburg Construction Company at Owo in Ondo State on Wednesday has had some residents of the town express concerns about their safety.

While speaking with NaijNaira, a resident, who asked not to be named, said Owo was fast becoming a target of gunmen and bandits.

“Owo is my home. This is where I have lived all my life and our town has always been peaceful,” the resident said.

“They started by attacking St. Francis Catholic Church in June and now this. Why are they trying to make living in Owo unsafe for us?”

The resident said the gunmen attacked the construction site located in Folahanmi area of the town around 8 pm.

“Two security guards that were guarding the premises were shot and have been taken to the hospital. We need protection in Owo town. We are no longer safe in the hands of terrorists.”

When the Ondo State police spokesperson, Funmilayo Odunlami, was contacted for comments on the incident, she said: “We are still investigating the incident. We will issue a statement on it later”.

Islamic New Year: 14 Wishes, Greetings, Messages You can Use

Daniel Okoh Officially takes over as CAN President