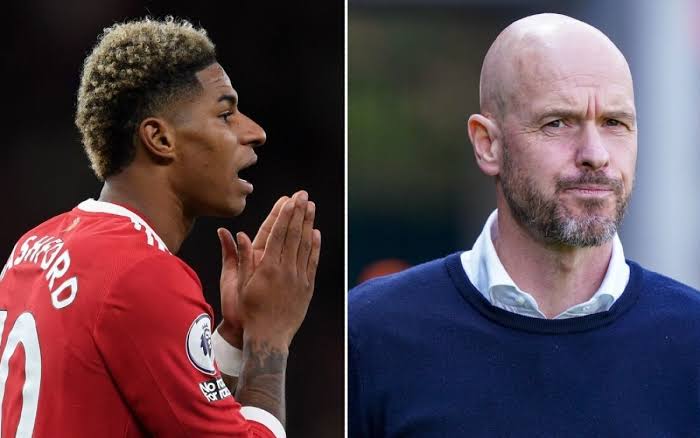 Manchester United star Marcus Rashford has asked Erik ten Hag when he’ll be used as a No 9 during crunch talks that took place prior to their 2-1 win over Liverpool, according to reports.

The 24-year-old has previously been used on the left under his previous bosses at Old Trafford, for the most part.

And it shows the England international still remains confident he can make a difference, despite struggling over the past 12 months.

United have seen Rashford go off the boil over the last year, with the England international enduring a nightmare season under Ole Gunnar Solskjaer and Ralf Rangnick last time out.

However, he was back to his best on Monday night as the Red Devils stunned Liverpool 2-1 at Old Trafford to secure their first victory of the new Premier League season.

Rashford has, for the most part, been used as a winger by his United bosses. Louis van Gaal was the only exception, with the Dutchman instead using the forward as a No 9 during the final few months of his tenure.

And The Sun say Rashford, during a tense meeting behind the scenes at Carrington, asked Ten Hag when he’d be using him in a similar way.

During pre-season, the 24-year-old talked with his new manager – with Ten Hag previously letting it be known he’d be ready to offer him a starting berth.