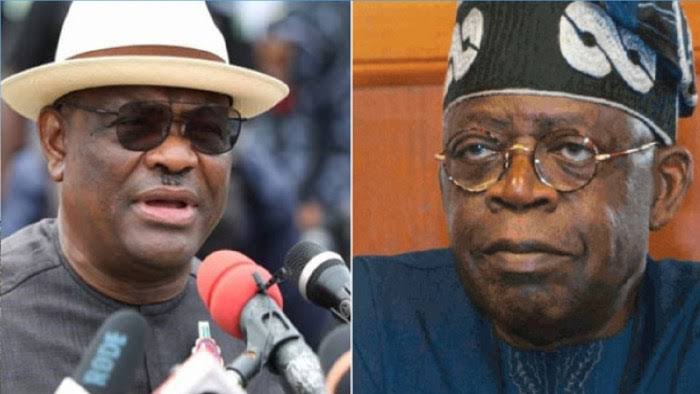 Ibrahim Masari, has hinted that Governor Nyesom Wike of Rivers State will be working for the All Progressives Congress, APC presidential candidate, Bola Ahmed Tinubu.

Masari told BBC Hausa Service on Wednesday that Wike would work for Tinubu’s emergence as president.

“The meeting was basically on the 2023 Presidential election and by God’s grace, we are going to work with His Excellency, Governor Nyesom Wike.

“He will assist and we are going to win the election with ease, by the will of God,” Masari said.

This is coming when Tinubu reportedly met with some governors of the Peoples Democratic Party, PDP, including Wike in London.

Wike and some of his PDP loyalists including Governor Samuel Ortom of Benue State had traveled to the United Kingdom for a critical meeting.

Recall that Wike had been at loggerheads with the Peoples Democratic Party, PDP, presidential candidate, Atiku Abubakar, since the party’s presidential primary election.

Wike is aggrieved that Atiku ignored him in the choice of his running mate.

Atiku had settled for Governor Ifeanyi Okowa of Delta State as his running mate, against the recommendations of PDP members.