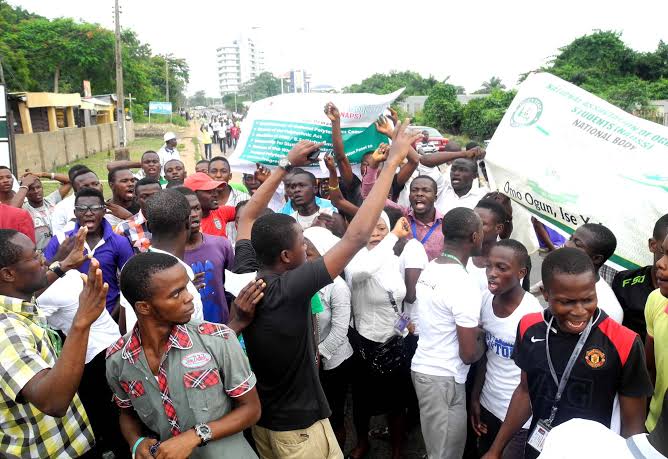 Chairman of the Academic Staff Union of Polytechnics, Offa, Dr Idowu Atilola, has warned that the delay in the appointment of a substantive rector for the institution may trigger a full-blown crisis.

In a statement to newsmen on Wednesday, Atilola said the delay has left the institution in serious disarray, hence the urgent need for timely action by President Muhammadu Buhari, to appoint a substantive rector who can lay most of the matters to rest.

He lamented that “the Polytechnic has been under the leadership of an acting rector since January 2022, more than eight months against the legal provisions of a maximum of six months tenure which has resulted in serious challenges in administration and proper functioning of the institution.

” The recent demise of the registrar of the institution has also resulted in an acting registrar.

“The current Acting Rector’s tenure as Deputy Rector will soon lapse by January 2023 and also creates a lacuna if not remedied.

” It is against this backdrop that the Academic Staff Union of Polytechnics, Offa Chapter, is calling on Mr President to appoint a substantive rector for the Federal Polytechnic, Offa for the smooth running of the institution and peaceful co-existence of the stakeholders,” he declared.

The ASUP chairman, said the union as a critical stakeholder in the institution, had made several entreaties towards the appointment of a substantive rector for the Federal Polytechnic, ranging from letters and visits to the Minister of Education and not limited to several non-official communication channels all in demand for a substantive rector.

He said the institution is currently confronted with enormous challenges that only the appointment of a substantive rector could rectify.

Atilola said nothing had been heard after all the necessary constitutional and statutory procedures had been carried out.

He said an advertisement was carried out declaring the position vacant and requests for applications put out, the constitution of a search team who performed their functions by shortlisting candidates for interview, and the constitution of the selection board, who also completed their task by cross-examining the shortlisted candidates and the final recommendation of three most successful candidates to the visitor through the Minister of Education since January 2022.