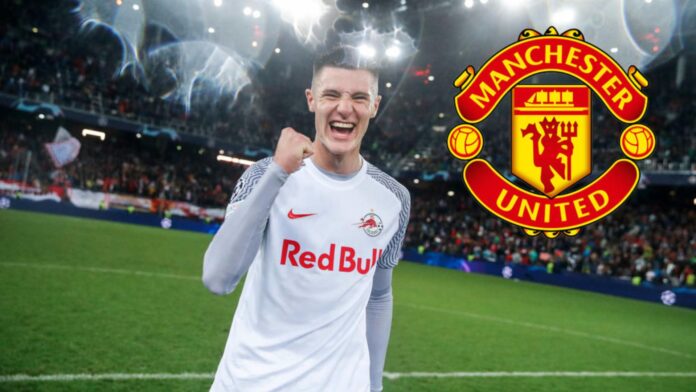 RB Salzburg forward Benjamin Sesko is on the verge of joining Manchester United after being touted as an emerging target for their Red Devils as they look to bolster their attacking options.

Italian transfer guru Fabrizio Romano has even suggested that United could look to table a formal bid for the Slovenian teenager in the coming days.

But if Sesko were to end up at Old Trafford before the end of the month, what shirt number would he take on?

Sesko currently wears the No.30 shirt for RB Salzburg and No.11 at the international level. He has also been known to wear Nos. 21, 25, and 29 at various other times.

Of those latter three options, only No.21 is available at United currently.

In that instance, Sesko would presumably have every opportunity to assume the No.30 shirt, should the current occupier, goalkeeper Nathan Bishop choose to leave Old Trafford for League One outfit Wycombe Wanderers, who are reportedly keen to secure a deal for his services.

Which other numbers are available?