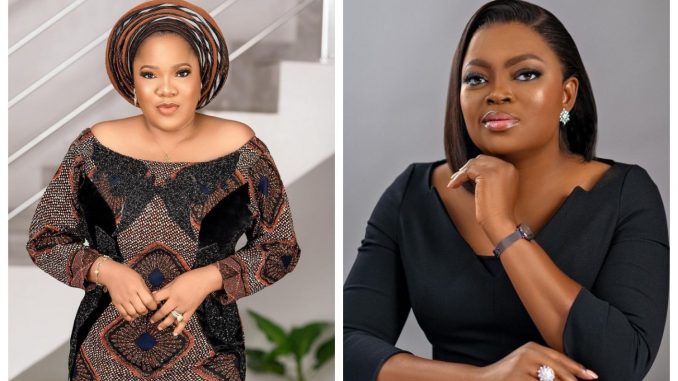 Trolls have accused actress Toyin Abraham of copying her colleague Funke Akindele’s project and the 39-year-old has now reacted.

She wrote: “Hello fam! I am delighted to present to you my new YouTube CHANNEL created for our beautiful children to learn while having fun. It is called “TOYIN ABRAHAM Kiddies” where you will find all contents for your kids.”

Moments after she shared the good news, some Instagram users stormed the comment section of her post to accuse her of doing something similar to what Akindele and her estranged husband did on their Youtube channel.

Afterwards, Toyin shared a now-edited Instagram post on Friday, saying she will not pay attention to those belittling her ambition.

“Pay no attention to those trying to belittle your ambition,” she wrote while urging fans to subscribe to her Youtube channel.

For years, there have been speculations about a rift between Funke and Toyin which the latter debunked.