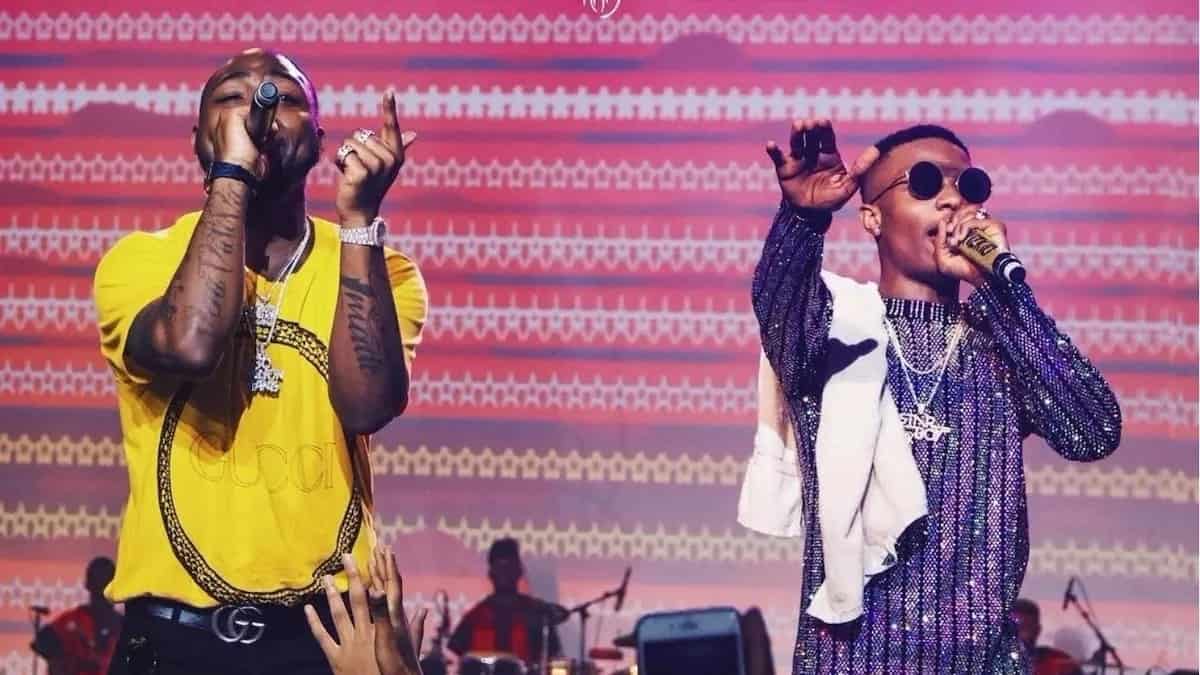 After years of a rivalry, Wizkid and Davido surprised their respective fanbases of “30 Billion Gang” and “WizKid FC” by announcing a joint tour.

This announcement followed years of challenges between the two popular Nigerian hip pop stars who, alongside Burna Boy, are considered some of the biggest artistes in contemporary times.

A song together has yet to be released by the pair and their long-running rivalry only looked to be mended in July 2022 when WizKid downplayed any competition between himself, Burna Boy and Davido at an Afronation Music Festival in Portugal.

In an Instagram post on Wednesday confirming his intention to take the stage with Davido after his MLLE Tour is complete, fans have taken to social media with mixed reactions.

A Twitter user, Sally Suleiman, wrote, “Wizkid and Davido going on a tour is all you need to know that 2023 is a great year for us. 30BG versus Wizkid FC.”

Another fan on Twitter posted, “Wizkid and Davido on tour? What will toxic fans do with their anger? I always knew that these two were secret friends.”

Lordoye1: “Davido and WizKid love story is like two lovers that will always find their way back with each other no matter how people and circumstances try to tear them apart.”

Yea_I_am_Him: “But honestly, this will be like a reborn of AfroBeat. It’ll change Nigerian music and kill off toxicity and unnecessary competition. This is Growth, and we deserve to witness it. Thanks, Davido, for accepting to corporate in growing a dying career.”

issySZN: “We don’t want the tour. Wizkid wants to use Davido to revive dead album.”

Adeleye13673967: “Without Davido wizkid sold out 02Arena 3 times under 35 min without Davido Wizkid headlined one of the biggest festivals in US, even headlining the show over the like of Rikky Ross and Tyga in their country Wiz MIL of 2020 is still on BB world album chart, and OBO fans think wiz is finished.”

AlwaysTee10: “Almost everybody is against this wizkid and davido’s tour, including me. Wizkid is trying to tap light from davido cus he knows he is falling gradually. He recently dropped an album, and it flopped within a week, and you guys think it’s love? No, it’s not love, @davido don’t accept.”

Also speaking, Daniel Regha said, “Wizkid going on tour with Davido makes absolutely no sense. He’s been snubbing Davido for years and doesn’t address Wizkid FC when they troll, but all of a sudden, he plans a joint tour now that his star power is dropping. Why not with Burna? Davido shouldn’t accept this. No offence.”

Nigerian Music
Up Next

Funke Akindele’s Ex-Husband, JJC Skillz explains why he decided to return to Islam