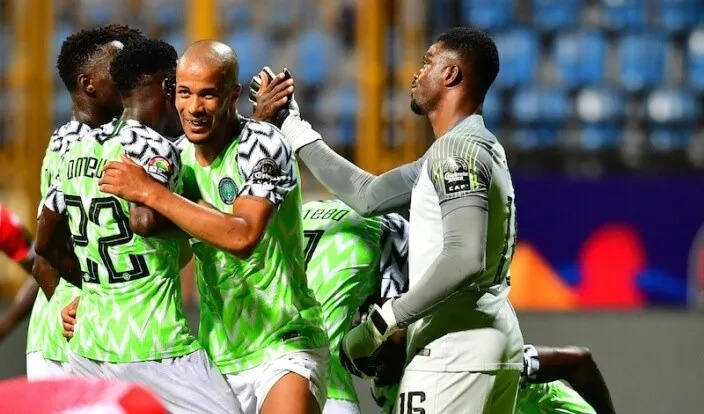 There is no doubt that there are loads of different sports in Nigeria but the question is what is the most popular sport in the country? The obvious answer even to the blind is football.

The team that represents Nigeria in top-flight football competitions is known as the Super Eagles. They are one of the best teams in Africa with players like Mudashiru Lawal, Rashidi Yekini, Jay Jay Okocha, Nwankwo Kanu, Vincent Enyeama, Joseph Yobo, Mikel John Obi, Wilfred Ndidi and Victor Osimhen.

Let’s go back to see what is the most popular sport in Nigeria.

Most Popular Sports In Nigeria

Football in Nigeria started during the British colonial period and quickly spread all over the country through railroad companies, mission schools and the military.

It’s the Nigeria Super Eagles that has given the country most of the reason fans love the game. When exactly Nigerians began to love soccer so much cannot be determined.

Is it the days of the mathematic Segun Odegbami? Or the Flying Eagles team that performed the Miracle of Dammam also known as the Dammam Miracle? Or is the 1994 Super Eagles squad that dazzled at Nigeria’s maiden FIFA World Cup appearance in the USA? Or the Nigeria Olympic 1996 team that mesmerized almighty Brazil and went on to win the medal for the country and Africa for the first time ever?

I can go on you know?

Less I forget, the Super Eagles hold records too in the history of the African Cup of Nations.

Also, the fans of the Nigerian Professional Football League (NPFL) are another indication of the love for football among Nigerians.

The International Basketball Federation (FIBA) ranking of Nigeria as Africa’s top men’s basketball nation in March 2021 shows you the level of interest and work the country puts into the game.

Are you aware Nigeria is the only African nation to have defeated the United States in basketball? Nigeria is also the first African team to qualify for the Summer Olympics at the 2012 Event when Nigeria beat the world elite teams of Lithuania and Greece. And in 2015, Nigeria won its first crown as basketball champion of Africa.

I mean, what more could be better?

The history of basketball in Nigeria dates back to as far back as the 1950s but the country’s national team joined FIBA in 1964.

D’Tigers represent the male team while the female teams are represented by D’Tigress and together they have enjoyed some success and attracted many sports fans across Nigeria.

The interest in the sport was boosted even further with Hakeem Olajuwon becoming one of the NBA superstars in the 1990s.

Nigerian Premier Basketball League (NFP) has a fanbase that shows love for the game.

Where we get to see Nigerian athletes perform most times is at the Olympic and the Commonwealth Games.

It’s at these competitions you see Nigerians excel in track and field athletics which provides Nigerian sports fans with some of the most memorable moments in their lives.

Some athletes that have represented Nigeria and excelled include:

The history of boxing in Nigeria dates back to as far as the early 1940s but professional boxing in the country began in 1947.

This popular sport in Nigeria was very much loved during the 1950s and 1960s but then experienced a steady decline until the 2000s when the sport was rekindled thanks to boxing nights organised by GOtv channel.

This is one sport that when I first saw it I was like “what in the hell is this?” Did you feel like that too?

But today, the popularity of the sport is growing even in other parts of the world.

Similar to boxing though, Dambe is a martial art steeped in the tradition of the Hausa people. The sport, which was traditionally held among Hausa butchers, has in recent times seen enormous growth in popularity attracting millions of online viewers.

You don’t believe me? Go to YouTube and see for yourself.

Over 60% of the views of Dembe Warriors videos posted on YouTube channels take place outside Nigeria, most often in Indonesia, the Philippines and the USA. This attests to what I said earlier about the sport gaining popularity in other countries of the world.

Wrap Up On Most Popular Sports In Nigeria

I’m going to conclude this post on the most popular sports in Nigeria with the way I started and that is the fact that football remains the country’s most popular, especially because soccer is the sport that has brought Nigeria more honours, medals, investments, job, popularity, better branding of Nigeria, the list goes on.

How To Open Sports Betting Shop In Nigeria