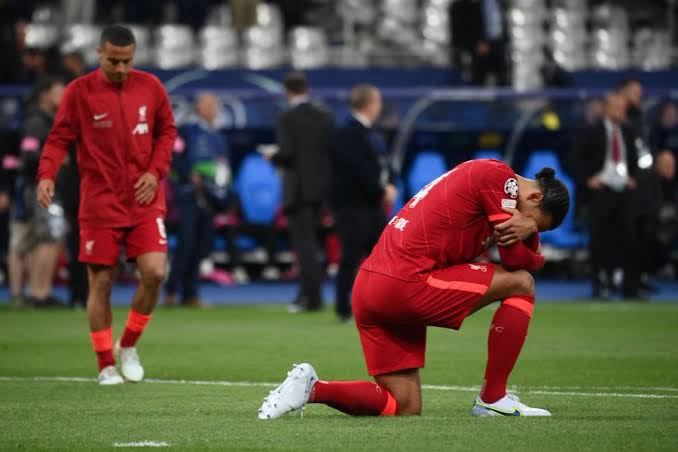 Liverpool’s claims that chaos before the Champions League final affected their players has been shockingly dismissed by UEFA.

Chaos descended before the European showpiece in May between the Premier League side and Real Madrid, which Carlo Ancelotti’s men 1-0 thanks to a goal from Vinicius Junior.

The match was delayed due to ticketing issues and many English fans not being inside the Paris stadium.

There were widespread reports of French police treating thousands of supporters, including players’ relatives, with hugely heavy-handed treatment, including tear gas.

Reds assistant manager Pep Lijnders had insisted some players were in tears before the match started due to the treatment of their fans.

But a UEFA technical report labelled notions it had affected stars ‘a moot point’.

LiverpoolUEFAUEFA Champions League
Up Next