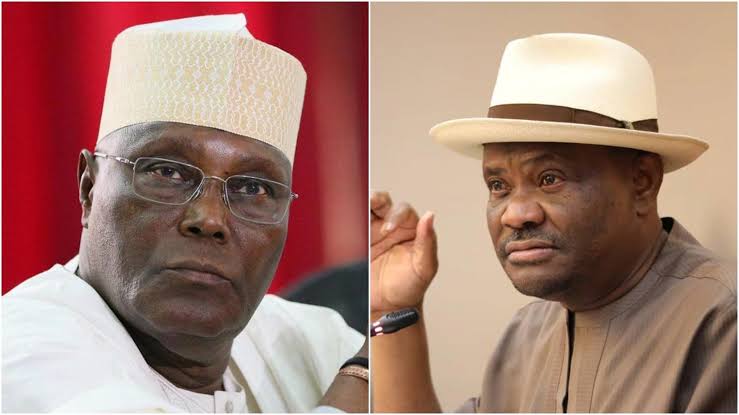 According to a report by The Nation, the governors said they will leave Atiku’s presidential campaign if he accepts the demand for Iyorchia Ayu’s resignation as the PDP national chairman.

Governor Nyesom Wike and his allies are demanding Ayu’s exit before they will back Atiku’s presidential bid.

According to them, it is wrong for the party’s presidential candidate (Atiku) and the national chairman (Ayu) to come from the same region, north.

Sources cited by the newspaper said Atiku was already considering giving in to Wike’s demand.

However, at least four PDP governors have also now threatened to leave him if Wike has his way regarding Ayu’s exit.

The four governors are reportedly backed by several notable party members in the evolving stand-off.

The four PDP governors are said to be peeved by Wike’s overbearing attitude, adding that “he has done his worst”.

They also expressed worries that Wike and his supporters may still make fresh demands even after succeeding with the sack of Ayu as national chairman.

“With the way they’ve carried on so far, some leaders of the party are insisting that it will be wrong to allow one man to hold the entire party to ransom in this manner,” a source was quoted as saying.