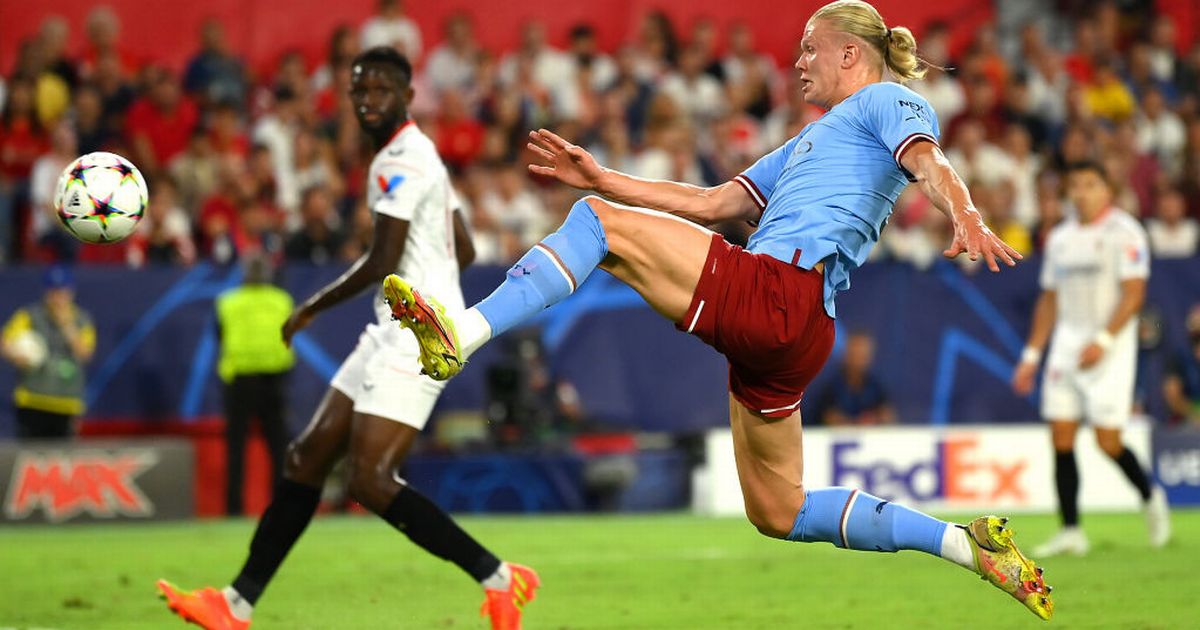 Manchester City will host Sevilla tonight (Wednesday) in the final group-stage match in the Champions League.

The reigning English champions thrashed the Spanish outfit 4-0 in the last meeting and will be keen to replicate the same this week.

City’s dependence on Erling Haaland took a back seat as a Kevin De Bruyne free-kick was enough to subdue Leicester City in the Premier League.

Three consecutive wins followed by two successive draws were enough for The Citizens to cement the top spot.

And a draw will also do as Pep Guardiola is aiming is to enter the next stage with an unbeaten run.

The arrival of Jorge Sampaoli has not changed Sevilla’s fate much as they are still fighting for consistency.

A lot of water has flown under the bridge, but Los Nervionenses have not managed to get their La Liga campaign back on track as they are in the relegation zone.

With a number of important domestic fixtures piling up, Sevilla will feel the heat and might opt to field a second-string side. They will not take a risk, keeping in mind the upcoming World Cup.

Manchester CityUCLUEFA Champions League
Up Next

UCL: Chelsea vs Dinamo Zagreb Confirmed Lineups Are Out