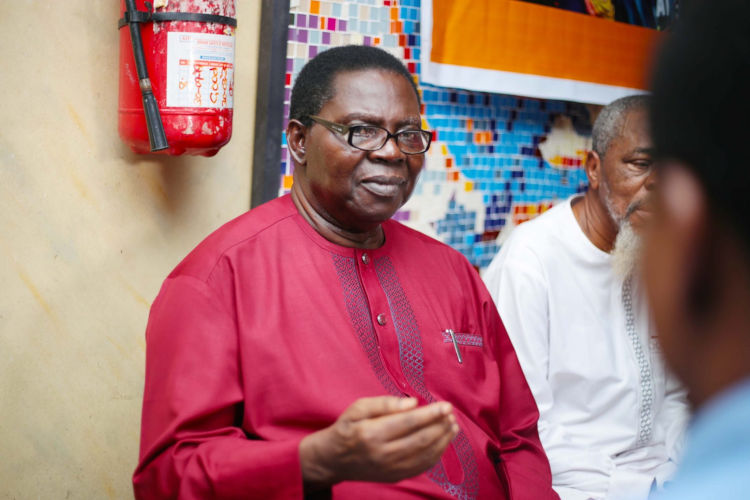 Olalekan died on Friday and was buried on Saturday. The cause of his death is not yet made public by the family as of the time of going to press.

Only on Saturday night, Ovation publisher, Basorun Dele Momodu, shared a video on the Instagram handle of the founder of UK-based Salvation Proclaimers Anointed Church aka SPAC Nation, Pastor Tobi Adegboyega, receiving Obey at his home in London.

The musician was accompanied by his son, Bishop Folarin to Adegboyega’s home.

This is not the first time Ebenezer Obey will be thrown into mourning.

On  August 23, 2011, he lost his wife of 48 years, Lady Juliana Obey-Fabiyi at the Lagos State University Teaching Hospital at the age of 67.

Even the juju singer has had to dispel several rumours of his death. He told NAN two years ago: “I thank God and appreciate my fans all over the world who have been showing concern and care about the death rumour.

“I want everyone to know that God is with me, I am alive and not sick, I am in peace.”