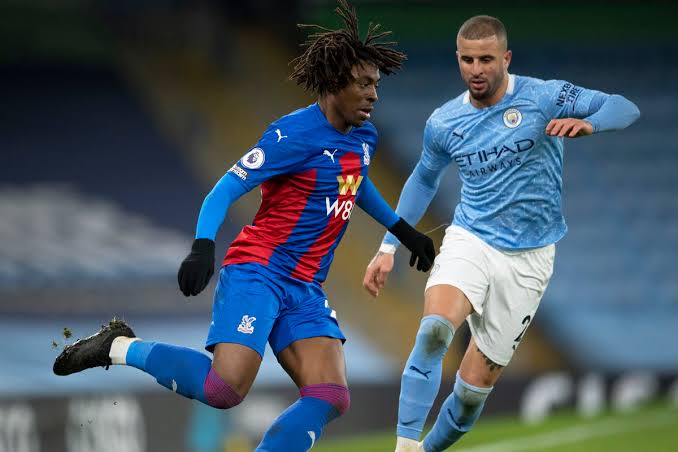 The Eagles come to the Etihad with momentum as they take on Manchester City today (Saturday), who are eager to return to winning ways after dropping points last weekend at Newcastle United.

Pep Guardiola’s side recovered after going 3-1 down at one stage, as two quick-fire second-half goals from Erling Haaland and Bernardo Silva kept their unbeaten start to the season intact.

They did drop two points, which allowed Arsenal to claim the top spot in the table.

Guardiola will be eager to return to winning ways and rebuild momentum with this group.

However, the clash against Crystal Palace has proved difficult for Guardiola, with Patrick Vieira ousting the Catalan manager last season.

The clash at the Etihad will be fresh in the minds of Man City players, as they lost the game and were down to ten men.

Despite starting the season with a loss against Arsenal, Palace have recovered with a stunning draw against Liverpool and a win over Aston Villa last weekend.

Vieira’s men also secured their place in the next round of the EFL Cup with a midweek win over Oxford United.

With momentum on their hands, Palace could prove to be a good opponent for Manchester City.

This clash will be critical to the early trendsetters in the Premier League, as both teams will be gunning for a decent result.

Crystal PalaceEPLManchester City
Up Next

Arsenal Vs Fulham Confirmed Lineups Are Out

Southampton Vs Manchester United Confirmed Lineups Are Out