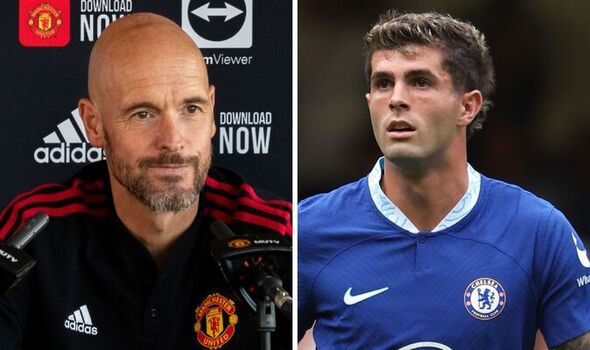 According to The Athletic, the United States international is interested in taking the opportunity at Old Trafford should it be presented to him.

However, it is the failure to hold down a regular spot in Thomas Tuchel’s starting lineup that has led to the 23-year-old becoming frustrated with life under the German.

Pulisic falls into that category, and he is now no longer regarded as the first choice given the arrival of Raheem Sterling.

While the report claims that United are Pulisic’s first choice should he depart West London, the likes of Newcastle United, Juventus and Atletico Madrid also hold an interest.

With two years remaining on his contract and little interest in renewing those terms, Chelsea may insist on an option to buy being included in any proposal.