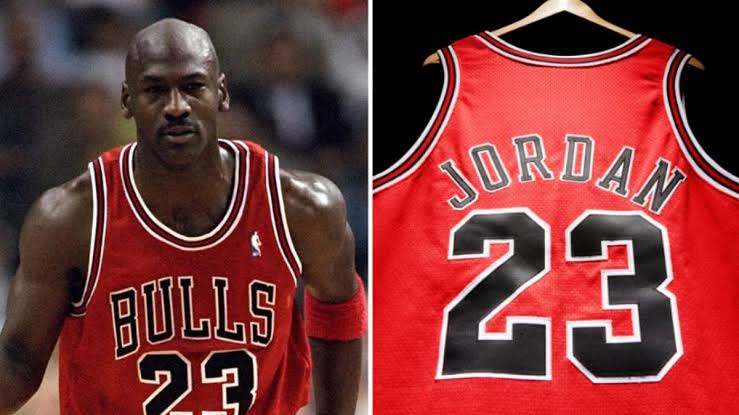 Bidding for one of the most famous shirts in sport, Michael Jordan’s iconic red away 1998 Bulls jersey has officially opened with the estimated price of the top between $3million and $5million.

The No. 23 jersey from Game 1 of the 1998 NBA Finals, which the Bulls went on to win to seal the basketball legend’s sixth championship in his final season with the team, belongs to Sotheby’s sports artifacts collection Invictus Part I.

A shot of Jordan in action in the first game of the 1998 Finals also featured on the Sports Illustrated cover and a graded copy of that is also part of the lot up for sale.

Jordan’s No. 23 jersey stands out as a lot in its own right with the auction running until September 15.

There are three other basketball jerseys up for grabs in the collection including two Dennis Rodman No. 91 Bulls shirts plus Ja Morant’s 2021-22 Memphis Grizzlies top.

The hat that New York Yankees star Alex Rodriguez wore in their 2009 World Series triumph is also part of the collection, signed by A-Rod himself and is valued at $40,000-$60,000.

Diego Maradona’s shirt from the 1986 World Cup when Argentina knocked out England in Mexico – the jersey he wore when scoring the ‘Hand of God’ and ‘Goal of the Century’ goals – fetched $8.7m at a Sotheby’s auction in May.

UCL: Sevilla Vs Manchester City Confirmed Lineups Are Out