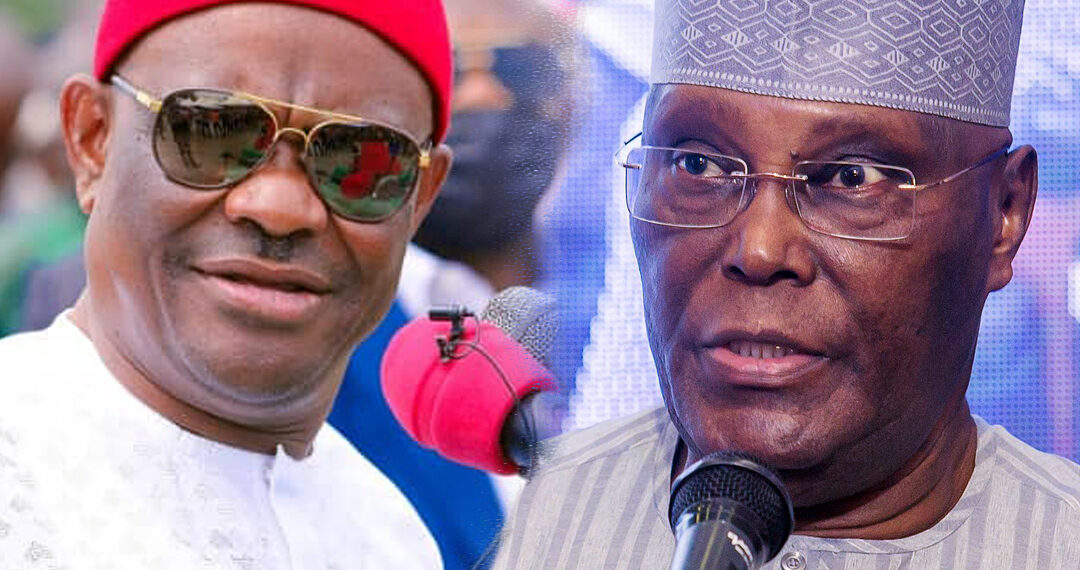 Following the meeting between Alhaji Atiku Abubakar, and Governor Nyesom Wike, a 14-member panel has been set up to consult and make recommendations that both men will consider.

According to Sunday Vanguard, the membership of the panel, which is expected to take off with “immediate effect”, was yet to be made public because some of them had yet to be officially informed.

“We’ve made appreciable progress within the last 24 hours following the meeting between our presidential candidate, Atiku Abubakar, and Rivers State Governor Nyesom Wike”, the source said.

“The meeting, which took the enemies of our party by surprise, has brought down tension and restored hope about a speedy resolution of what our opponents consider a major conflict. “

Asked which conditions have been given and what concessions have been made, the source said, “The issue of conditions did not arise when both men set aside their differences and spoke to each other frankly.

“Their followers will definitely take a cue from this and fall in line. What is now on the ground is seeking a way forward.

“The recommendations, which the 14-member committee make, will be considered and action taken. I can assure you that the campaign council will follow through afterwards.”

In response to questions from reporters on the crisis within the party, the National Publicity Secretary of the Peoples Democratic Party, Hon. Debo Ologunagba expressed confidence that all outstanding issues will soon to resolved.