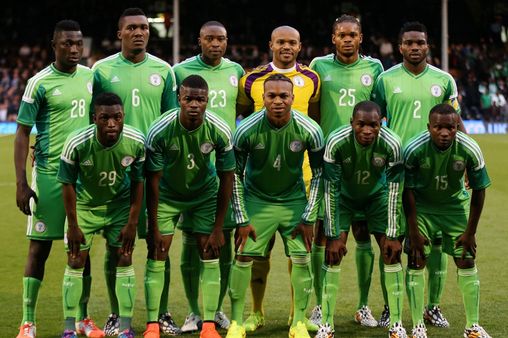 The 2014 FIFA World Cup Nigeria squad weren’t that bad considering they too, like the 1994 squad, got to the round of 16 before being knocked out of the tournament by France.

They recorded a draw, a win and a loss to get out of the group stage that had Bosnia and Herzegovina and Super Eagles’ regular World Cup foes, Argentina.

And once again, a Nigerian coach, Stephen Keshi, took the Nigeria national team to the Brazil 2014 FIFA World Cup, performing better than Festus Onigbinde who did it disgracefully in 2002.

This was the World Cup that saw Lionel Messi nearly lifting the only major trophy that has eluded him in his illustrious career but Germany denied him and his Argentine teammates.

Thus Germany were the 2014 world cup winner when they defeated Argentina one nil at full time.

The Netherlands got third place, while the fourth place position went to Brazil.

Below are all the teams that participated in the 2014 FIFA World Cup Brazil which was held between June 12 – July 13.