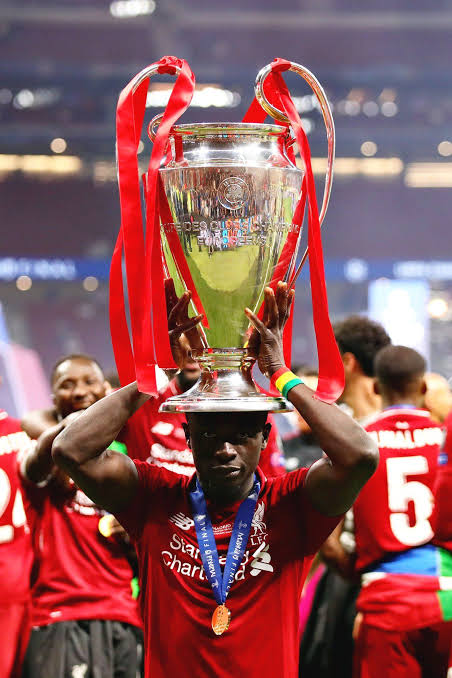 How many African players have won the champions league? Do you have an idea? In this post, you will meet each and every one of them. I will list out their individual countries, club and the season they won the UCL.

Before I show you the list of African Players who won the UEFA Champions League, take a look at the richest football players in Africa. Also, here is a ranking of the best African football teams ever.

Which African player won the most Champions League?

Let’s now go and see the list of African players that have won the champions league.

In 1984, the European Cup final between Liverpool and Roma finished 1–1 after extra time and went to a penalty shootout. As Roma’s Francesco Graziani went to take his penalty kick, Grobbelaar, wobbled his legs in mock terror. Graziani missed and Liverpool went on to win the shootout 4–2.

Madjer won the European Cup with Porto in the 1985–86 season when his side defeated Bayern Munich 2-1 with him scoring the equalizer and setting Juary up for the winner.

The Ghanaian guided Olympique Marseille to becoming the first-ever French side to win the UEFA Champions League. He was involved in the winning goal as he delivered a set piece that was turned in by Basile Boli.

The Nigerian appeared in consecutive UEFA Champions League finals but won only the 1994–95 edition against A.C. Milan when Ajax defeated AC Milan 1-0 courtesy of a goal from young substitute Patrick Kluivert.

The Ghanaian participated in three matches, all as a late substitute, in Borussia’s 1996–97 UEFA Champions League victorious run. Injuries and loss of form led to an eventual demotion to the Borussia Dortmund II.

During the midfielder’s three years at the Santiago Bernabéu, He won two Champions League winners medals with the Spanish giants. The first in 2000 and the second in 2002 when he scored a goal against Bayern Munich in the quarter-finals before winning the title, defeating Bayer Leverkusen 2-1 in the final.

Kuffour lifted the UEFA Champions League trophy with Bayern Munich in 2001 after his side defeated Valencia in the final 5-4 on penalties after playing out to a 1-1 draw. The Ghanaian also became the youngest defender to ever score in the Champions League, at the age of 18 years and 61 days, during the match against FC Spartak Moscow on 2 November 1994.

McCarthy was influential in Porto’s run in the 2003–04 UEFA Champions League, which they won. He scored four goals in the campaign of which two were against Manchester United defeating them in the round of 16.

Traoré appeared for Liverpool at the 2005 Champions League Final against Milan. After conceding the free kick that led to Paolo Maldini’s goal in the opening minute his play improved in the second half and made a goalline clearance to deny Shevchenko a likely winner which contributed to his winning a Champions League medal as Liverpool fought back from 3–0 down to draw 3–3 and beat Milan 3–2 on penalties.

Yaya Toure won the Champions League with Barcelona in 2010 with his side defeating Manchester United 2-0 courtesy of goals from Samuel Eto’o and Lionel Messi.

Sulley Muntari won the Champions League with Inter Milan in 2010 coming on as a substitute for Goran Pandev in the 79th minute with his side beating Bayern Munich 2-0 in the final.

Mikel Obi played the full match in the 2012 Champions League final which his side (Chelsea) won defeating Bayern Munich 4-3 on penalties after playing out to a 1-1 draw.

Essien was an unused substitute for Chelsea in the 2012 Champions League final which Chelsea won defeating Bayern Munich 4-3 on penalties, making Chelsea the first London-based club to win the title.

Salomon Kalou started the 2012 Champions League final which his team (Chelsea) won beating Bayern Munich 4-3 on penalties but was substituted for Fernando Torres in the 84th minute.

In the Champions League final on 19 May 2012, Drogba scored the equaliser from Juan Mata’s corner in the 88th minute, taking Chelsea into extra time and then penalties. He also scored the winning penalty in the 4–3 penalty shootout that led Chelsea to the victory over Bayern Munich.

In the 2017–18 UEFA Champions League, he made two appearances as Madrid won the title, their third consecutive and 13th overall. Although not in the squad for the final, he received a medal and is credited as the first Moroccan player to win the Champions League.

Matip assisted Divock Origi’s goal in the 87th minute of the 2019 UEFA Champions League Final, which saw Liverpool defeat Tottenham Hotspur 2–0 to win the title in the Metropolitano Stadium, Madrid.

Mané helped win an early penalty for Liverpool in the 2019 UEFA Champions League Final against Tottenham, only 24 seconds after the kick-off after his cross was judged to have hit Moussa Sissoko’s arm inside the penalty area; Salah subsequently converted from the spot to open the scoring, and Liverpool ultimately won the match 2–0 to claim the title.

Salah scored Liverpool’s first goal in a 2–0 win over Tottenham in the 2019 UEFA Champions League Final from a penalty. Salah’s goal, which he scored in the opening two minutes of the match, was the second fastest goal ever scored in a Champions League final, slower only than Paolo Maldini’s effort for A.C. Milan against Liverpool in the 2005 final.

Although Keïta was injured, he won his first Liverpool title while out of the matchday squad as his teammates secured the win in the Champions League final against Tottenham Hotspur in early June.

Mendy became the first African goalkeeper to play in a final of the UEFA Champions League and the first since Bruce Grobbelaar, who appeared in the 1985 European Cup Final. Chelsea defeated Manchester City 1–0 in the final. He also equalled the record of most clean sheets in a Champions League season, by keeping nine clean sheets, the same as Santiago Cañizares in 2000–01 and Keylor Navas in 2015–16.

Ziyech won the 2021 UEFA Champions League Final with Chelsea 1-0 against Manchester City but did not come off the bench in the match. Ziyech started ten matches and scored two goals in Chelsea’s run to the final of the competition, including one against Atlético Madrid in the Round of 16-second leg at Stamford Bridge.