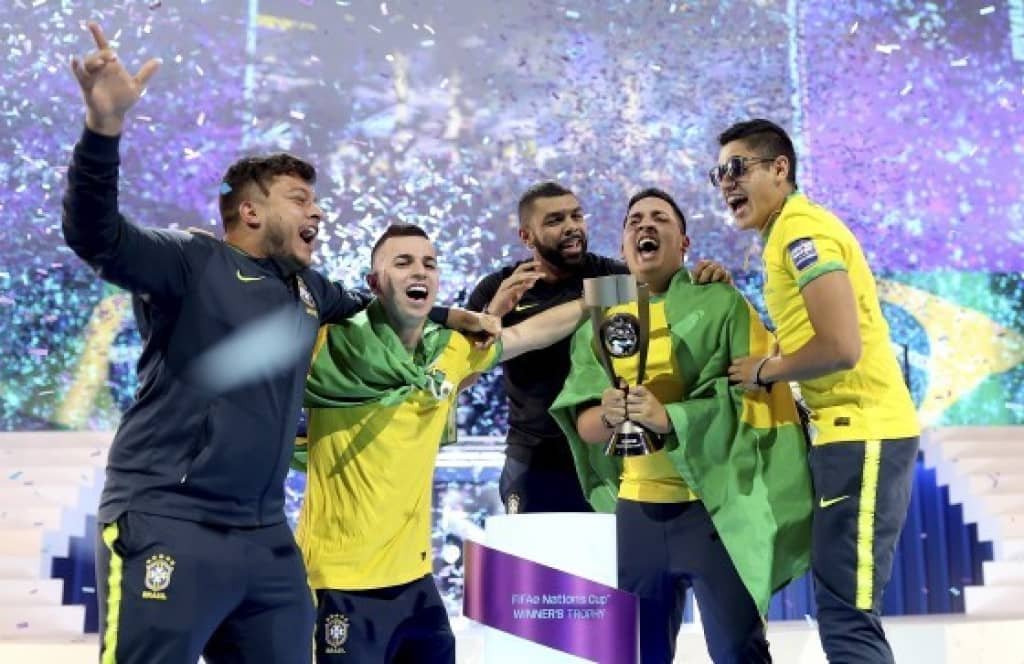 Brazil has been immortalised in history as FIFAe Nations Champion 2022 after four days of intense competition.

The team of Phzin, Crepaldi and Klinger follow the inaugural winners France to become the world’s best FIFAe nation and the first one to lift the brand new trophy.

The first event day with fans since 2019 brings the spectacular three-week long FIFAe Finals 2022 to a close in Copenhagen, with Umut Gültekin being crowned FIFAe World Champion, Riders becoming the FIFAe Club World Champion and Brazil capturing the title of FIFAe Nations Champion, winning the pride and hearts of their country.

“The last three weeks have showcased the community’s biggest stages and the global potential of FIFAe with a great setting and fantastic performances shown by all participants,” said Romy Gai, Chief Business Officer at FIFA.

“Congratulations to all three champions for claiming the respective FIFAe trophies, beating the world’s best at the pinnacle global event, and inspiring the next generation of esports talent.”

“I am proud to represent Brazil, I am happy and loving it,” said newly crowned champion Crepaldi. His teammate Phzin was also just as ecstatic, saying “Thanks for all of the support and the crowd here, this is the biggest achievement of my career.”

A goalless leg one left it all to the second leg – where Poland took an early lead in the game, but a swift reply followed by a 90th minute flicked winner meant it was Brazil who prevailed to become FIFAe Nations Champion 2022 and raise the new bespoke trophy for the first time in Copenhagen – writing their names into FIFAe folklore forever. Brazil bested major European countries along their route to the final, including Spain, Italy and previous FIFAe Nations Champions France.

The FIFAe Finals 2022 have come to a close as the following three competitions have all been played out in July: