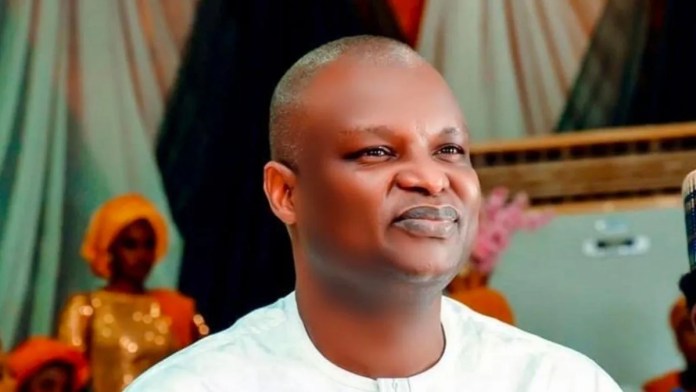 An Abuja based Federal High Cout on Monday, dismissed the Federal Government’s application to extradite the embattled and suspended Deputy Commissioner of Police, Abba Kyari to the United States of America for trials.

The Federal Government had sought Kyari’s extradition to the U.S. to answer a case over his alleged link with Ramon Abass, popularly known as Hushpuppi, in a $1.1m fraud committed against a Qatari businessman.

The Judge presiding on the case, Justice Inyang Ekwo on Monday, said the dismissal was due to a pending court case filed by the Attorney General of the Federation, Abubakar Malami, and the National Drug Law Enforcement Agency (NDLEA).

Justice Ekwo posited that Section 3 of Nigeria’s Extradition Law forbids the country to extradite a criminal when there is a pending case against them.

Meanwhile, Attorney General of the Federation and Minister of Justice, Abubakar Malami (SAN), had during Channels Television’s Politics Today said the United States Government and the Nigerian Government were discussing Kyari’s case and that reasonable grounds for suspicion have been established against Kyari.

“There are a lot of issues that are ongoing inclusive of the possibility of consideration for extradition. That is where the collaboration element of it comes into play,” the AGF had said on the possible extradition of Kyari.

Kyari was later arrested by the National Drug Law and Enforcement Agency in February for alleged drug-related offences and has since arraigned the suspended deputy police commissioner.

Remanded at the Kuje prison in Abuja, Kyari and his co-defendants will be hoping to get bail before Justice Emeka Nwite of a Federal High Court in Abuja on August 30, 2022.

Abba Kyari
Up Next

“Beware! We are not recruiting” – Nigeria Immigration warns against job scammers