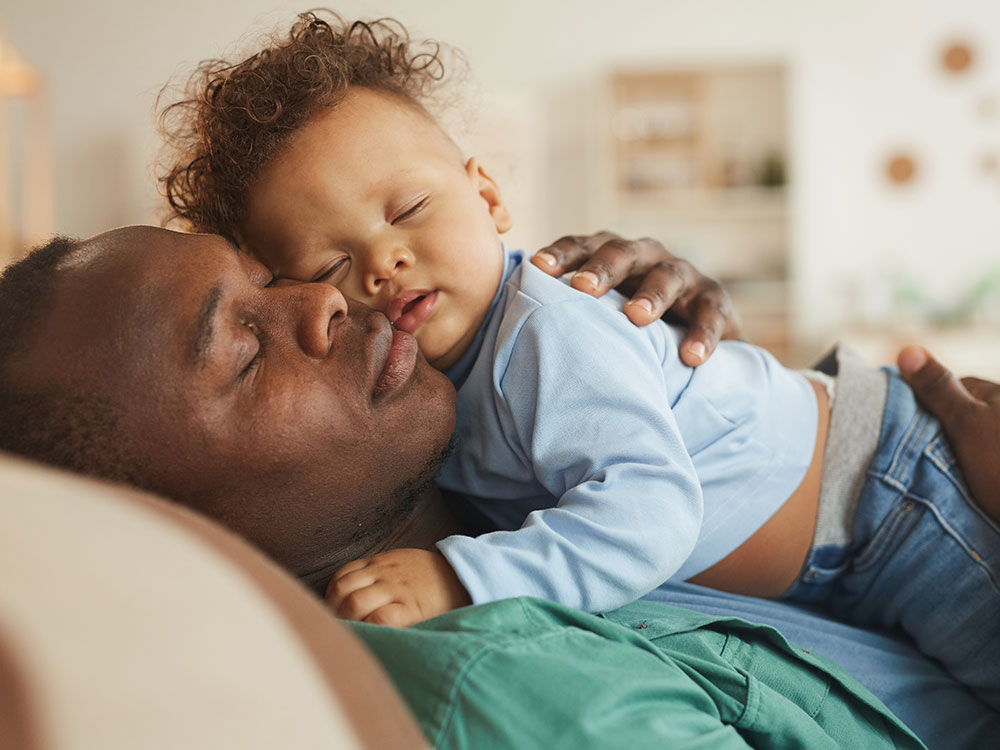 It’s long been known that childhood sets a large part of the blueprint for the rest of our lives.

But new research suggests something even more specific than that – events during our first 1,000 days, from conception to age two, make us who we are.

The new book, What Makes a Person: Secrets of Our First 1,000 Days, outlines some surprising discoveries that show what happens in the period after conception and birth and explains how we control our bodies through processes that go way beyond just the genes we inherit.

“Many aspects of what makes us each unique are formed during our first 1,000 days,” explains the book’s co-author Professor Mark Hanson, director of the Institute of Developmental Sciences at the University of Southampton.

“This is a time about which we have no conscious memories at all, but nonetheless the secrets of what formed us are locked up within us and can affect our lives in many ways.”

Hanson’s co-author Professor Lucy Green, a developmental physiologist at the same university, says the secrets of our first 1,000 days have widespread implications for our future health, diseases we may contract, and even our life expectancy.

“We can all help to give the next generation the best chance of long healthy lives, like a gift,” she stresses.

“Some simple choices about healthy behaviours and ensuring nurturing care and supportive environments over the first 1,000 days can safeguard this gift.”

So what are the secrets of those very early days of life? Hanson and Green share a few of them:

1.  Foetuses ‘breathe’ in the womb

Although it’s been believed for a long time that babies only start to breathe when they’re born, Hanson says the latest information suggests that’s not the case, as modern imaging techniques have shown foetuses make rapid, shallow breathing movements – although obviously, they’re not taking any air into their lungs as they’re surrounded by amniotic fluid.

“Most of us believe that we started to breathe at birth,” he says, “and for a century there was scientific controversy over whether in fact, the foetus makes breathing movements, albeit under water. Now we know it does.”

2.  Foetuses sleep and may dream

Green says research has shown the foetus goes through states of sleep, just as we do after birth, including a state similar to dreaming.

“What does it dream about?” she asks. “We have no idea, although we can say that, just as after birth, dreaming and the periods of active and quiet sleep are probably necessary activities for brain development and function.”

The authors point out that almost three-quarters of deaths worldwide are caused by non-communicable diseases (NCDs) such as heart disease, stroke and cancer.

Dutch studies of children born to women who were near starvation during their Second World War pregnancies have found that those children who were famished in early gestation had a substantially higher risk of many NCDs in adulthood.

“Poor foetal growth is known to be associated with greater risk of NCDs such as cardiovascular disease and type 2 diabetes,” says Green, who explains that reduced foetal growth may be due to many factors, including poor maternal nutrition, smoking or inadequate placental function.

And she adds: “With the increasing numbers of people who are obese, research is also revealing that this can pass risk of obesity to the offspring.”

Because research is now revealing how these effects occur, “This may give hope for early identification of those children at greater risk of later NCDs, with a possible view to preventive early interventions,” she says.

While it’s well-known that a lack of folic acid during pregnancy, for example, can increase the risk of spina bifida in babies, what’s less-known is the way the balance of nutrients an embryo gets can affect how its inherited genes work.

“The processes starting at conception are far more than just the selection of genes we’ve inherited from our parents,” explains Hanson.

“Even at this early stage the developing embryo is sensing its environment, especially the levels of nutrients and hormones coming from the mother.”

He says the balance of nutrients, such as protein to carbohydrate, affects how inherited DNA works by epigenetic processes (small marks on the DNA) which influence how the embryo develops.

He says research is measuring these epigenetic marks to understand more about how embryos respond to them and adapt their development as a result, “with lifelong implications”.

The authors describe how a mother was puzzled when her two-year-old child waved his hand back and forth whenever she told him off for being naughty – eventually realising it was what he’d learned to do on an iPad so he could change what he saw.

“If she seems cross, just swipe her away!” comments Green.

However, more concerningly, she says new research monitoring children’s brain function has found that young children who spend several hours a day on screen-based activities such as a computer or TV show altered executive functions.

This is likely, she says, to make them find it hard to focus and concentrate on tasks when they later attend school.

She adds: “This is a rapidly moving field of research and is likely to have important implications for childcare.”

How To Ensure Quality When You Buy Kratom Online?