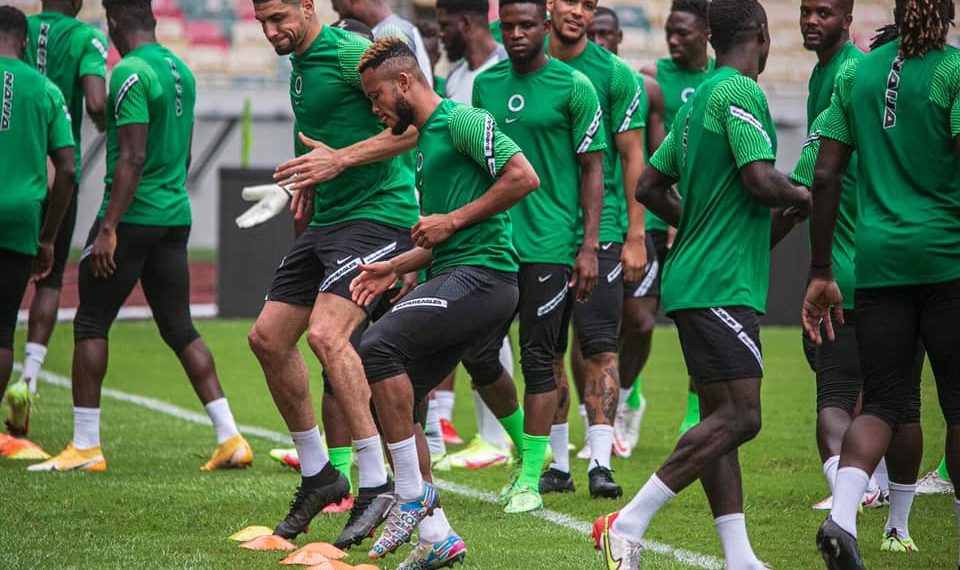 Did you know there are many foreign players eligible to play for Super Eagles in Nigeria? The reason some of them have chosen to stay away from donning the green white green jersey is still a mystery.

However, in this article, NaijNaira takes a look at ten foreign footballers who are eligible to play for the Super Eagles of Nigeria.

I will get to that but see the Top 5 Most Successful Super Eagles of Nigeria Coaches Ever. Here also are the top Football News Sites and Blogs in Nigeria.

Back to the issue at hand. The foreign players eligible to play for Super Eagles today are all listed below:

Arthur Okonkwo is a goalkeeper who currently plays for EFL League Two side Crewe Alexandra on loan from Arsenal. He has made 7 appearances at Crewe Alexandra already keeping a clean sheet on his home debut.

Okonkwo represented England at youth level. He is eligible to represent Nigeria internationally through his Nigerian descent.

Shola Shoretire is a forward who currently plays for Manchester United. Shola made his debut for United in a match against Newcastle in February 2019 coming on as a substitute for Rashford in the 88th minute.

Shoretire was born in England to a Nigerian father and English mother which means he is eligible to play for either England or Nigeria.

Samuel Ikechukwu Edozie began his career in the youth system at Millwall before moving to Manchester City in July 2019.

The Manchester City forward made his debut on 7 August 2021 after being named in the starting lineup for the 2021 FA Community Shield.

Born in England to an Igbo Nigerian father and an English mother. Samuel currently plays for the England U-19 and is still eligible to play for Nigeria.

Tino Anjorin currently plays for Championship side Huddersfield Town on loan from Chelsea. Anjorin made his debut for Chelsea in an EFL cup clash against Grimsby Town which ended 7–1 to Chelsea in 2019. He was also part of Chelsea’s 2021 UEFA Champions League winning squad.

Born in England to a Nigerian father, Tino is still eligible to play for Nigeria as he has not made any senior appearances for England.

Adarabioyo was born in Manchester, England, to Nigerian parents, despite featuring frequently at youth level for England, Adarabioyo is yet to make his senior debut for the national team and so remains eligible to represent Nigeria through descent.

Nathan Tella currently plays for EFL Championship club Burnley on loan from Southampton. Nathan made his senior debut for Southampton in a 3-0 win over Norwich City as a substitute in June 2020.

Born in England, Tella is of Nigerian descent and is eligible to play for either England or Nigeria.

Destiny Udogie currently plays for Serie A club Udinese on loan from Tottenham Hotspur. Destiny started his professional career at Hellas Verona making just 6 appearances for them in his first season before going out on loan to Udinese.

In August 2022 Tottenham signed Udogie on a permanent transfer until 2027 and was loaned back to Udinese for the 2022/23 season.

Born in Italy, Udogie is of Nigerian descent. Although he is currently a player for Italy at youth level he is still eligible to play for Nigeria.

Carney Chukwuemeka currently plays as a midfielder for Chelsea F.C. Carney started his career at Aston Villa in 2021 making his debut against Tottenham in a 2-1 away victory. He made 13 appearances in all competitions for Aston Villa last season before making his move to Chelsea.

Chukwuemeka is of Igbo descent. He was born in Austria to Nigerian parents and was raised in Northampton, England which makes him eligible to play for either Austria, Nigeria or England.

Michael Olise is a forward who currently plays for Crystal Palace in the Premier League. He started his professional career with Reading in 2019 making his debut in a 3-0 defeat to Leeds United in 2019. In July 2021 Olise signed a five-year contract with Crystal Palace.

Olise was born in England to a Nigerian father and French-Algerian mother and is eligible to represent either France, Algeria, England or Nigeria.

Eberechi Eze is an attacking midfielder who plays for Premier League team Crystal Palace. Starting his professional career at Queens Park Rangers Eberechi signed for Crystal Palace in August 2020 and made his debut for the club in a 1-0 win against Southampton. Eze scored his first goal for the club in a 4-1 league home win against Leeds United through a direct free kick.

Eze was born in Greenwich, Greater London to Nigerian parents and is eligible to play for Nigeria.