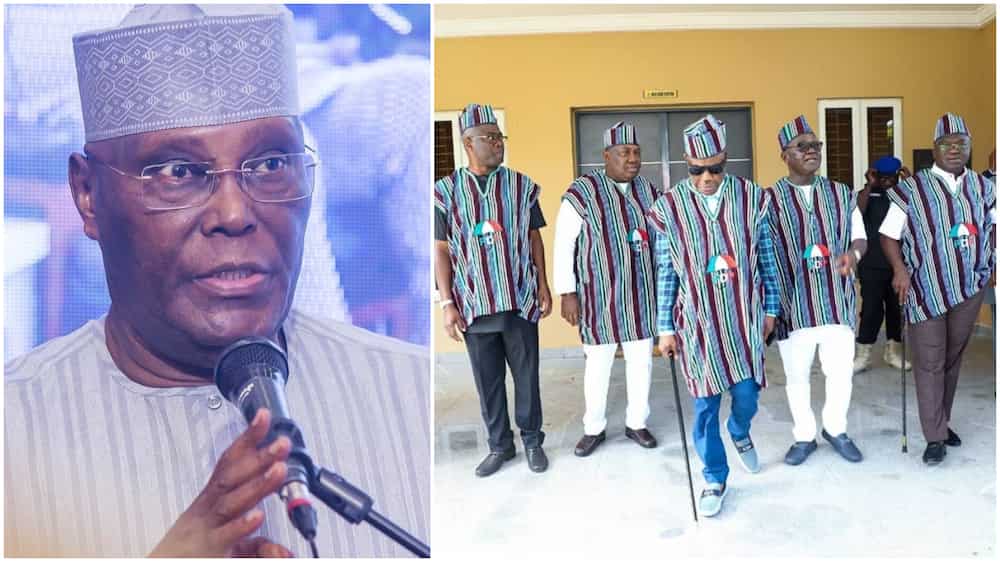 A group within the Peoples Democratic Party have hatched a plot to blackmail Governor Nyesom Wike over the agitations for fairness and justice in the party by the G-5 governors.

Rivers State Commissioner for Information and Communications, Chris Finebone, described the group as faceless on Thursday in Port Harcourt while displaying to newsmen some documents said to be bearing the plot to blackmail the Rivers governor.

Finebone bearing the documents said, “This is the evidence of the plot to blackmail Governor Wike. This is the document and it is titled, ‘proposal with hashtag, to end Wike rascality programme.’

“We encouraged them to remove their mask and show selves as the governor and the government is equal to the task of responding to them adequately.

“They can’t even sign it (the document) to push for this. It is important we warn them.

“It is important we also warn Nigerians about this scheme. We expect more of them to come.

“But I can assure you that the governor and the G-5 would rise to the occasion as they continue to start this type of campaign of calumny.”

PDP Social media trolls Are at it again – Fani-Kayode