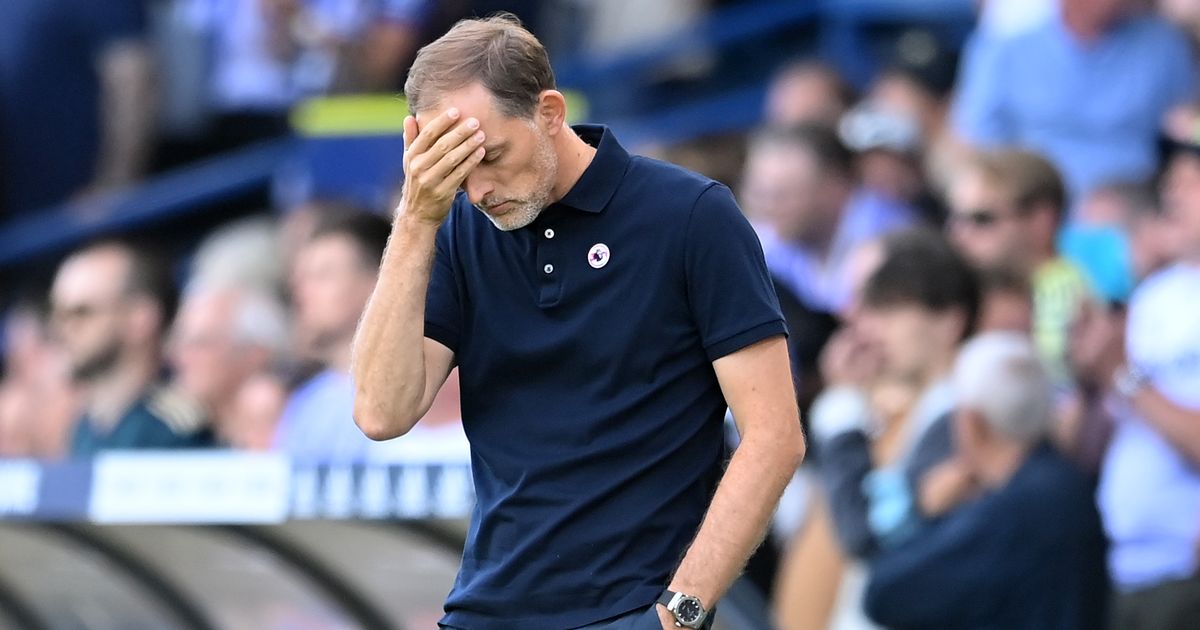 After his side’s mauling by Leeds, Chelsea boss Thomas Tuchel and his coaching staff had been forced to take the bus to West Yorkshire rather than fly with their players. But he will have left Elland Road feeling even more grounded.

His expensively assembled side, which has been supplemented by more than £170m of spending this summer, were taken apart by Jesse Marsch’s Leeds, with the American describing the 3-0 win as “the best day since I’ve been here”.

By contrast, Tuchel said: “Everything that can go wrong did go wrong.” After the transport problems, things went from bad to worse, with his side missing chances in the first 20 minutes, Edouard Mendy’s mistake, a set-piece goal for Rodrigo, and Kalidou Koulibaly’s late red card.

But the Blues head coach did not accept that the defeat was down to Leeds running an extra 10km, Conor Gallagher being pressed by Tyler Adams on his full Chelsea debut, his team’s mentality, or needing another midfielder or striker.

“We were not all over the place,” he said. “With the ball, we were not disciplined enough and were not sharp enough after 20 minutes. But against the ball, everything was fine… It was a set piece and an own goal [with Mendy’s error allowing Brenden Aaronson to score] that tells the story today.”

Having weathered an early storm, that was partially true – but even taking Mendy’s blunder for Leeds’ opener out of the equation, there were concerns about the defence, the midfield and his attack.

Former Chelsea winger Pat Nevin said on BBC Radio Five Live: “There are a lot of questions about what Chelsea need – a centre half or a centre forward. Looking at it now it’s not either, or, it is both.”

Tuchel wants Leicester defender Wesley Fofana, who sat out the Foxes’ defeat by Southampton on Saturday. Reece James playing in a back three meant they did not have one of their best attacking outlets on the right wing.

Mendy’s mistake and Koulibaly getting to grips with the increased tempo of the Premier League can be seen as one-offs, but losing James’ presence on the right did not help a team that came under pressure.

Chelsea’s midfield has always been a strength, but regular injuries to N’Golo Kante and Mateo Kovacic last season, and now this campaign, have highlighted a potential weakness.

Gallagher’s debut might be one he wants to forget, and Tuchel did not want to talk about it afterwards, but he is determined to make his mark this season after a successful loan at Crystal Palace last term.

The problem at Elland Road, however, was that he was a target for the Leeds midfield, and when Gallagher did stride forward, he did not connect well with Chelsea’s strikers.

Which brings us to the biggest problem with Chelsea. Converting chances. It has been an issue for several seasons, and Sterling has not yet shown he can be the player to turn things around on his own. Although he had a goal disallowed, he also missed a good chance in the first minute, adding to a sitter against Spurs last Sunday.

Barcelona’s Pierre-Emerick Aubameyang has been linked with another opportunity to be coached by Tuchel, after the pair worked together at Borussia Dortmund. The final touch is still missing from Chelsea, as Tuchel alluded to afterwards.

As Tuchel and his players head back to London, whether by bus or by plane, they will have plenty to ponder. Although a chastening defeat will cause concern amongst the fans, and further questions for Tuchel, it may also sharpen a few minds.

The good news is that with 10 days of the transfer window left, Chelsea still have time to rectify some of their problems in the transfer market.

EPL: Newcastle United Vs Man City Confirmed Lineups Are Out