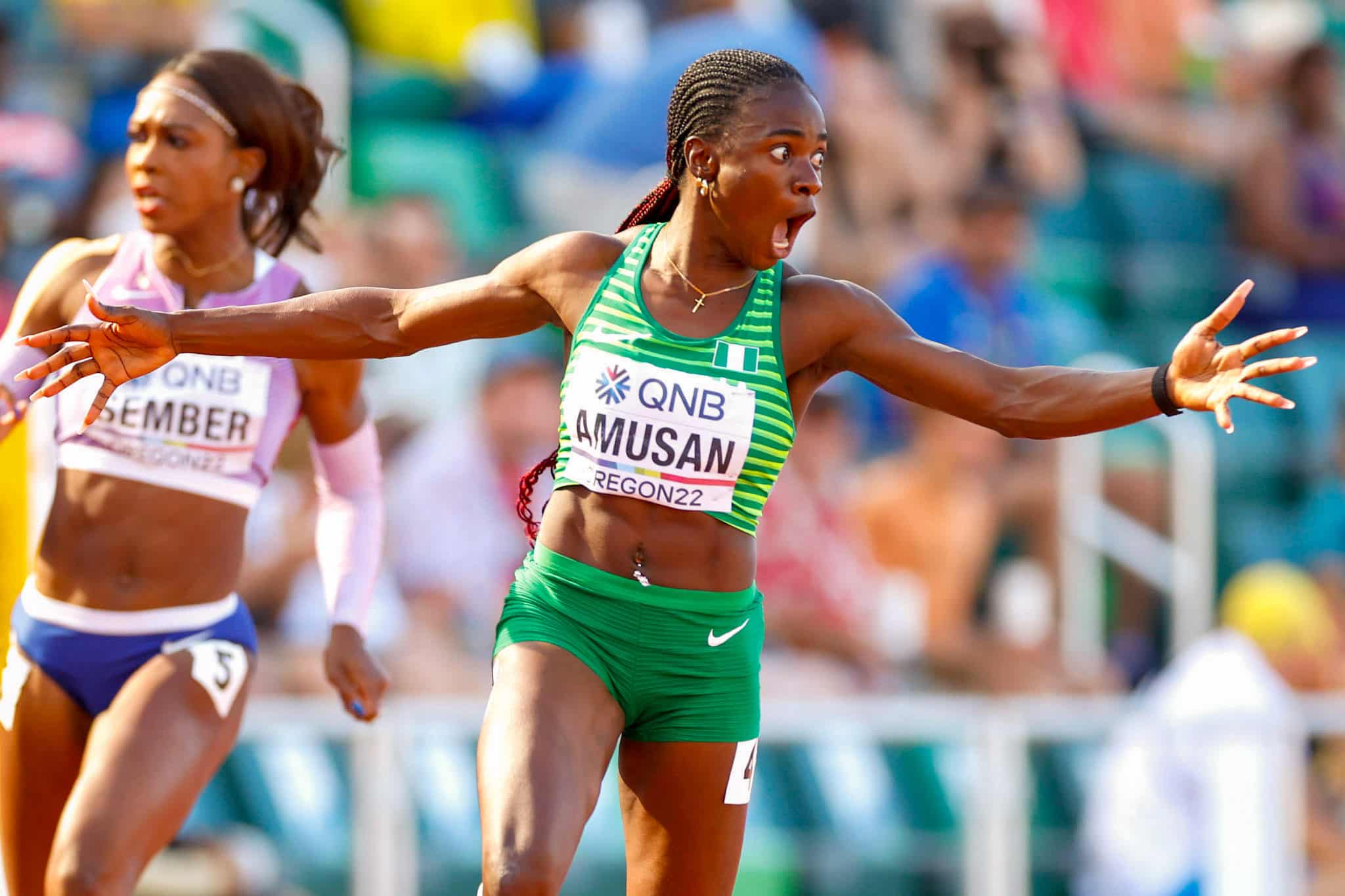 Her victory and another great performance by Ese Brume meant that after labouring all week long with nothing tangible to show for their efforts, Team Nigeria ended their campaign at the World Championships in Oregon on a spectacular note; winning a gold and a silver medal on the final day of action.

Amusan set the World Record twice before she was crowned the world champion in the 100m hurdles while Brume needed to dig deep for her silver in the long jump.

In the semi-final, Amusan delivered an extraordinary time; clocking 12.12secs to obliterate the former World Record of 12.20secs held by Keni Harrison of the United States since 2016.

While that was amazing in itself, Amusan was not yet done as she improved on the World Record in her final race some hours later; winning in 12.06secs to become the first Nigerian World Champion ever.

Amusan got off to a scorching start and was smoothly into her stride after the first hurdle, building a clear lead and then pulling away ahead of Anderson and the fast-closing Camacho-Quinn for the gold.

Amusan, who is a Diamond League trophy winner, Commonwealth Games champion and multiple African Champion, now has an eye on the Olympic Games medal to add to her impressive collection.

On the sand, Brume, the African record holder, landed a silver medal in the women’s long jump final with a season’s best of 7.02m.

Brume is the first Nigerian to win a medal at two successive editions of the World Championships having won a bronze medal last time out in Doha.

What Is The Most Popular Sport In Nigeria?