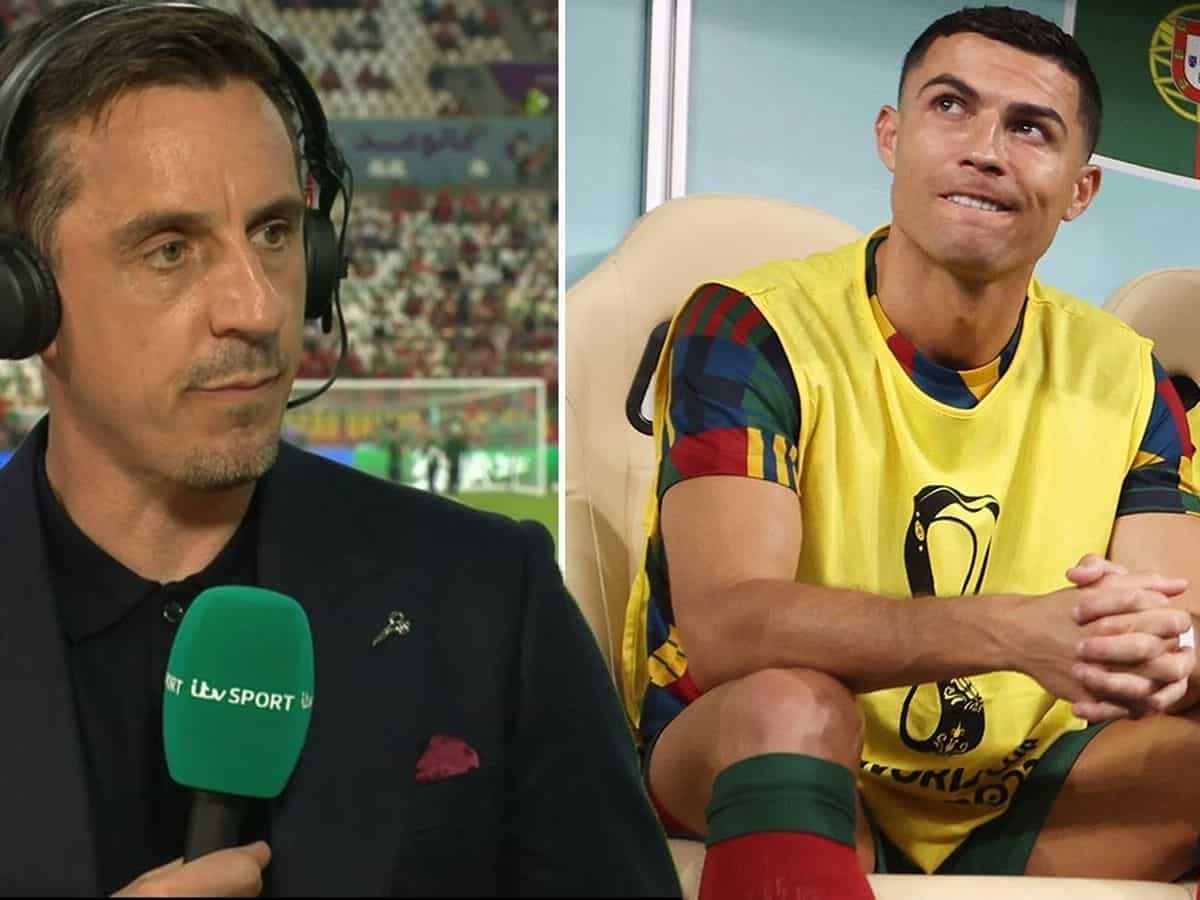 The statement came after dropping Portugal’s all-time leading scorer ahead of their 6-1 thumping of Switzerland.

Speaking on ITV before Portugal booked their place in the semi-finals, Neville drew a comparison between Ronaldo with Portugal and the Portuguese attacker’s latest stint at Manchester United:

“When it happened at Manchester United, the suggestion was that Erik ten Hag was trying to make a move on Ronaldo, but Fernando Santos is a manager who has had an unbelievable relationship with Ronaldo for eight years.”

The Sky Sports pundit then suggested it was time that both Ronaldo and his fans came to terms with the waning of the Portugal star’s time in the limelight. Neville said, “There are a lot of Ronaldo fans who aren’t willing to tell him the truth; I think he does need to listen to the truth. It’s becoming a bit of a scruffy end.”

Neville continued sternly, saying, “The petulance, the sulking, it’s got to stop because it doesn’t reflect well on him at all.”

“His long-term legacy is set as one of the great all-time players, but in the short term he’s got to do a lot better.”

The England international then acknowledged his former United team-mate’s strength of will and mentality:

“Ronaldo’s single-mindedness over the years has been one of his great strengths. His determination to be the best in the world, score the most goals, break all the records, the fight with [Lionel] Messi.”

Neville also pointed out that it was time to see the bigger picture and accept a supporting role rather than clamour for the spotlight. He added, “But there comes a point where you’ve got to think about the collective, and that is your team-mates in the dressing room.”

Cristiano RonaldoManchester United
Up Next