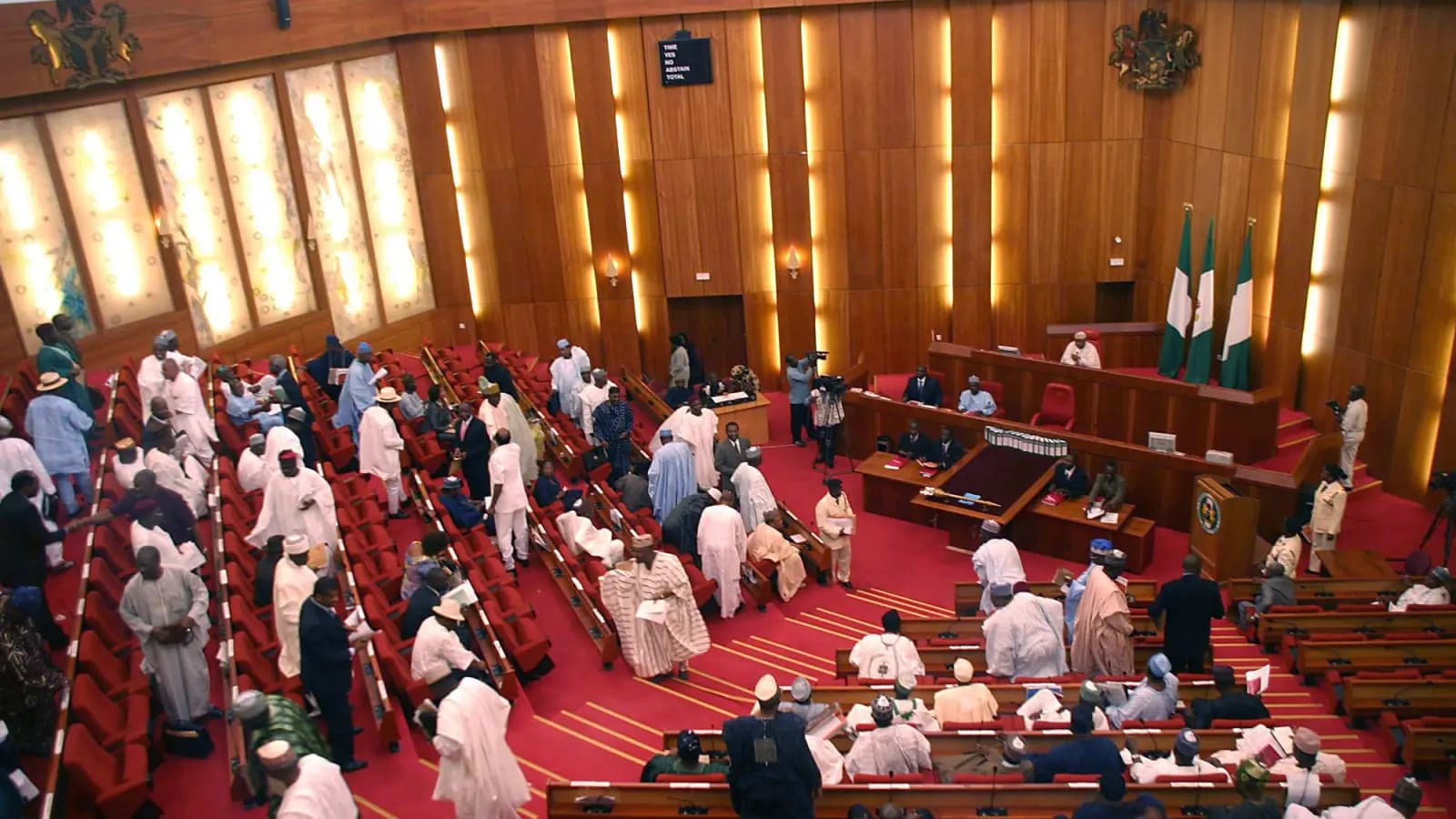 Let’s now see all the names of Nigeria Senate Presidents both past and present, as well as their deputies.

Nwafor Orizu was the only Nigerian Senate President during the first republic ever to ascend to the Nigerian presidency through the constitutional order of succession. He was later forced to hand over power to Aguiyi-Ironsi’s military junta.

After General Olusegun Obasanjo returned civilian rule in Nigeria in 1979, Joseph Wayas became Senate president under the platform of the National Party of Nigeria (NPN), representing the Ogoja senatorial district. Wayas was forced out of office along with other members of the Shagari administration when General Muhammadu Buhari staged a coup on New Year’s Eve in 1983.

The Gboko born politician was elected Senator in the Third Republic on the platform of the Social Democratic Party (SDP) and became Senate President. In November 1993, the Senate impeached Ayu, who was a strong opponent of the Interim National Government established after the elected president Moshood Kashimawo Olawale Abiola had been prevented from taking office.

After Iyorchia Ayu was impeached by senators allied with the interim government arrangement, a three-way contest between the late Chuba Okadigbo, Ahmed Tijani Ahmed and Ebute resulted in Ebute emerging as President of the Nigerian Senate during the end of the Third Republic, having won the senate presidency seat with a wide margin. Nevertheless, the republic was soon ended and Ameh Ebute was charged with conspiracy in 1994 as part of a crackdown on the junta’s perceived opponents. However, after a period of six weeks in detention, he was released. He is the second senator from Benue State to become senate president.

Enwerem became the first President of the Nigerian Senate in 1999 during Nigeria’s Fourth Republic. Enwerem beat his chief rival, Senator Chuba Okadigbo, for the Senate presidency with 66 votes to Okadigbo’s 43 votes, having been backed by former Nigerian President Olusegun Obasanjo. It wasn’t long before a Senate committee began investigating Enwerem for allegations of corruption and falsifying his name, which caused a controversy as to whether Enwerem’s actual real name was Evan or Evans. Enwerem was removed from office on 18 November 1999, in an ouster spearheaded by allies of Chuba Okadigbo.

Okadigbo was favourite to be the Senate President at the commencement of the Fourth Republic but, due to Chuba’s disharmony with the executive arm, Evan Enwerem was voted in by the Senate. However, he inevitably became President of the Nigerian Senate after Evan Enwerem was impeached due to corrupt practices. Later on, in 2000, Chuba was charged with corruption and impeached.

Anyim was elected into the Nigerian Senate in May 1999 for the Ebonyi South constituency of Ebonyi State and was subsequently voted by colleagues as Senate President in August 2000, after Chuba Okadigbo had been impeached, holding office until May 2003.

After his re-election in the 2003 general elections, Wabara was elected on the 3rd of June, 2003 to serve as the 10th Senate President of Nigeria, a position he was rejected from during his first tenure as Abia South Senator.

Ken Nnamani was elected to the Senate for Enugu East in 2003 and became President of the Senate of Nigeria after Adolphus Wabara resigned due to allegations of corruption.

Dr Abubakar Bukola Saraki was the first civilian former governor to become Nigerian Senate President and was also the first president of the Senate not to be born in Nigeria but in London, United Kingdom.

Senator Danjuma Goje stepped down for Senator Lawan for the Senate Presidency race and was elected and sworn in as the current Senate President of the Nigerian 9th Assembly, after defeating his opponent, Senator Ali Ndume with 79 votes to 28.

The office of the deputy senate president of Nigeria was non-existent until 18 years ago in June 2003.

Ike Ekweremadu served in the Senate since May 2003 as a member of the People’s Democratic Party and was the Deputy President of the Nigerian Senate for three consecutive (6th, 7th and 8th) senate. Ekweremadu lost his bid to become Deputy Senate President of the 9th Senate having lost to Ovie Omo-Agege who scored 68 votes to emerge the Winner.

Omo-Agege, who is the current deputy senate president, was re-elected as the senator representing Delta Central in the 2019 general elections before emerging as the new Deputy Senate President of the 9th National Assembly.