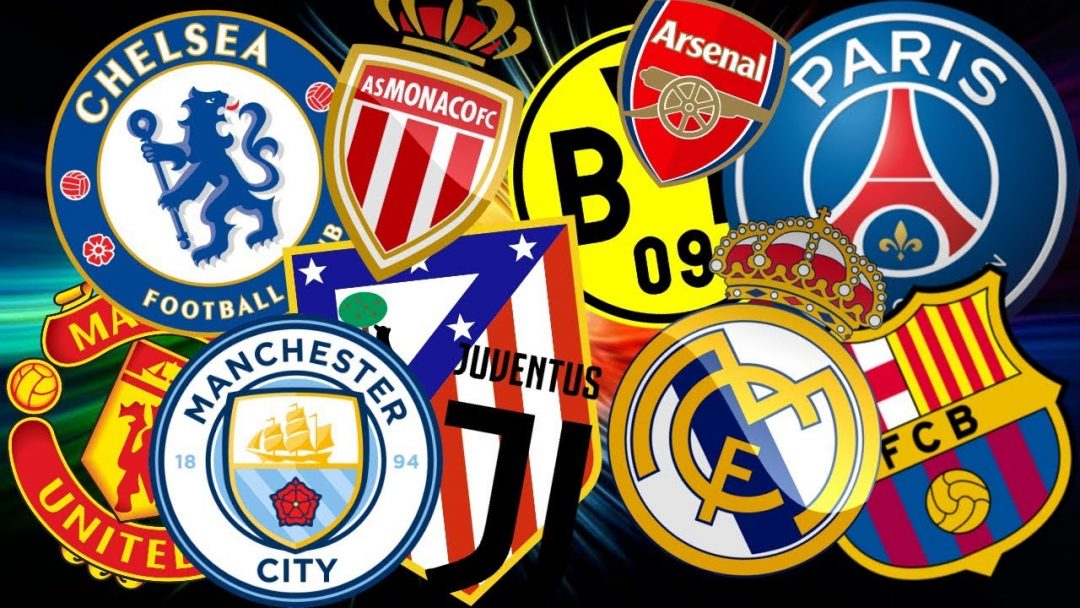 Sports and football is a huge industry with a massive economic environment, this is spread across a lot of indices. From the massive salaries paid to players, to the massive budgets for infrastructure.

Souvenir sales also form a big part market in the Sporting environment as well, endorsement, advertisement on pitch side boards, shirts and rights to stadium names forms a source of revenue for clubs.

However, the most common source of wealth for club sides includes how wealthy the owners are and then the prize money from trophies won.

Meanwhile, see the Richest Club Owners In The World and their current Net Worth.

Let’s now find out which are the world’s richest football clubs in 2022.

Tottenham Hotspur’s steady rise to become one of the richest clubs in the world is underlined by their stability since the massive renovation of their White Hart Lane Stadium.

Their current estimate is a whooping €406.2m and many attributes their financial stability to Dany Levi, the club’s chairman, whose prudent spending and negotiation skills are well known.

The Old Ladies are one of the few clubs that enjoyed the financial benefits of having Cristiano Ronaldo on their team.

That’s not to mean they didn’t pay to have him a fee worth £105m in 2018, the club in 2022 is currently rated €433.5 million. They have shirts sponsorship with Addidas and FCA, which qualifies them as one of the most valuable football clubs.

After the exit of Russian Billionaire Roman Abramovich, it was expected that the Blues will drop in value but that’s not been the case.

They one of the most valuable soccer teams as they are currently rated €493.1m and number 8 in the world it’s an immense difference from 2003 when the club was taken over by former owner Roman Abramovich bought the club in June 2003.

The Stamford Bridge have a lot of revenue from merchandise sales and their shirt sponsorship telecommunication giants, 3.

Liverpool remains one of the richest clubs in the world at number 7 and a €550.4m value.

The Reds have some of the most iconic players in the Premier League including Mohamed Salah and Sadio Mane before his sale to Bayern Munich.

Liverpool has one of the biggest stadiums in England with Anfield while they have a shirt sponsorship deal with  Standard Chartered, a British multinational financial and banking services company.

PSG is one of the clubs that managed to get bought over by wealthy individuals who support with injections of funds.

The club has grown in stature from what it used to be but still manages the number six spot on the list.

Paris Saint Germain made the most expensive signing in world football with the transfer of Neymar to France from Barcelona in 2018. The deal was worth well over €400m.

The club Is worth €556.2m and they have some of the world’s most expensive players on their list including Kylian Mbappe, Lionel Messi and Neymar.

The team has a working partnership with Nike, and Jordan amongst many others.

The Premier League is considered the best league in the world, the most entertaining and also the league that is watched most in the world.

Definitely one team has to be the one to enjoy the dividends that comes with these accolades the most and it is Manchester United.

United is undisputedly the most popular soccer club in English football. They are currently rated fifth in terms of wealth and the majority of these come from Merchandise, ticket sales racking in annual revenue of €558m.

Just as the presence of Lionel Messi at Barcelona and PSG, so also does that of Ronaldo with Man United and everywhere he’s been.

The Red Devils have a sponsorship with TeamViewer and Adidas while tech giants Tezos, and blockchain are one of their partners.

Barcelona may be in the middle of an economic crisis, but they still remain a big club financially and one of the world’s richest club side.

In fact, they sit in number four on this list, albeit they were first in the world last year ahead of La Liga rivals Real Madrid and Premier League club Manchester United.

However, most of the revenue came from sales of merchandise with the presence of Argentine Lionel Messi. His exit is one of the reasons for Barcelona’s drop to fourth and in addition to their wage issues.

This year, the Catalonians were hit by a decrease in revenue but a series of salary reviews and sales of tv rights helped the club make around €582.1 million in revenue.

They sealed a deal with music streaming platform Spotify for their shirt sponsorship and stadium naming rights in the summer.

Bundesliga Champions Bayern Munich was established in 1900 and is one of the most successful teams in the world of club football.

The Bavarians who have won the last ten consecutive Bundesliga titles are rated at €611.4M and the third richest in the world.

Outside the Premier League, Bayern Munich is one of the very few clubs that can rival Real Madrid in terms of players’ transfers.

Their kits are sponsored by T-Mobile while their home ground named Allianz Arena is named after a local financial service provider in Germany.

They have a pedigree as Germany’s most successful club side with a record number of Bundesliga titles, DFB Pokal and a couple of UEFA Champions titles to their name.

Real Madrid is one club whose financial prowess comes to the fore almost every transfer window.

Beyond the success on the pitch of play and the ownership wealth, the Los Blancos has a massive followership base in and outside Spain and even outside Europe.

For decades, Real Madrid were regarded as the richest club side in the world and are only second due to the yearly evaluation.

The Spanish capital club are Estimated at €640.7M. Real Madrid shirts are sponsored by Emirates and they have several more, talkless of fourteen UEFA Champions League titles they have won.

The Santiago Bernabeu which is their home is undergoing a multi-million dollar upgrade.

According to the Deloitte Money League, Manchester City are the richest football club in the world with a value of around €644.9 million.

Although Premier League clubs dominate lists like this, Manchester City is at the top having taken advantage of the COVID-19 pandemic to topple Real Madrid, Bayern Munich, and Barcelona.

Founded in 1880, City has recently risen in status as one of the strongest teams in England. This has been made possible by owners who pump in cash every season.

However, they have a sponsorship deal with Etihad Airways for their jerseys and their stadium, City of Manchester Stadium.

Owners, City Football Group also own clubs in India, Uruguay, China and other parts of Europe.

Man City vs Man Utd: Ten Hag to be without these two players ahead of clash