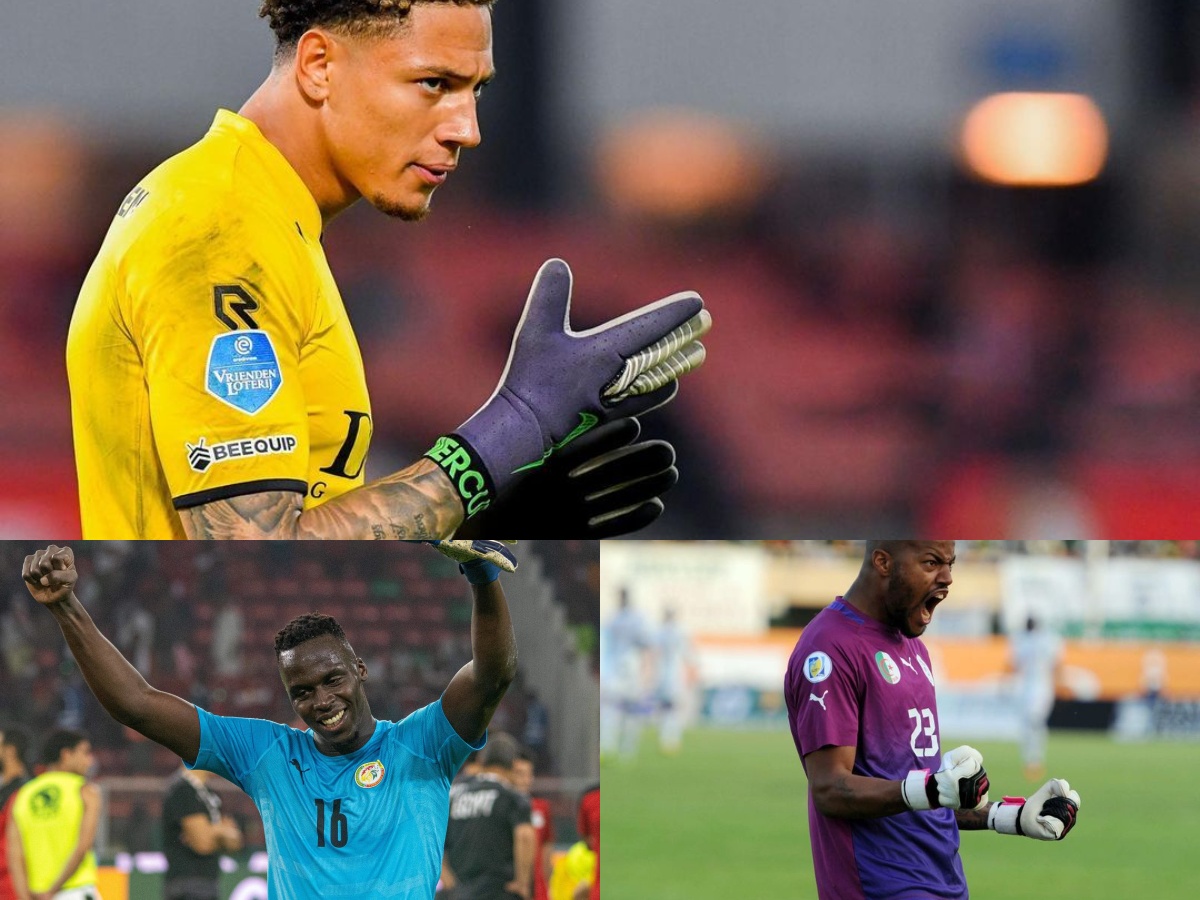 African goalkeepers have managed to break barriers over the last couple of decades to be recognised alongside their European and foreign counterparts.

This has trickled down to new goalkeepers joining the international football springing out of Africa.

From the days of Vincent Enyeama, Egyptian legend Essam El Hadary and Cameroonian Thomas Nkono and the rest.

Africa actually has never lacked good goalkeepers but with many of the aforementioned already retired let’s keep you up-to-date with the top 10 goalkeepers from Africa to be reckoned with in 2022.

Obviously, no other goalkeeper has had a better last three years than Senegalese stopper Edouard Mendy.

Mendy has had a huge rise in the last four years joining Chelsea from the Ligue 1 side Reims in 2020.

Others include the 2021 AFCON which Senegal won in 2022 in Cameroon as well as a FIFA World Cup qualification with Mendy playing a huge role in all of this success.

Egyptian shot-stopper seems to have stepped into the big shoes left behind by the legendary Essam El Hadary.

El Shenawy may not have the accolades of Mendy but his goalkeeping skills have been immense as revealed at the 2021 AFCON which he was a big reason why the Egyptians got as far as the final.

However, to set the records straight, Mohammed was named as best African Player of the Year in Africa in 2022 as well as other accolades with Al Ahly of Egypt.

Andre Onana was named as the next big thing when it comes to goalkeeping in Africa as he rose to prominence with Ajax in the Eredivisie in 2018.

However, his performances at the 2021 AFCON in Cameroon were questionable as Cameroon finished third albeit it must be said that he’s just returning from a ban from football

Bounou has been quite on a steady rise since appearing at Wydad Casablanca some years back.

He did win a couple of trophies at the Moroccan side but he has since turned out for Atletico Madrid B, Girona and Sevilla in the La Liga.

He’s also the first choice for the Atlas Lions of Morocco.

Denis Onyango has continuously shown that playing in Africa can command respect if you are good at what you do.

It’s also not surprising that he plays for one of the biggest and most successful club sides on the African continent in Mamelodi Sundowns.

Cameroon is known to be blessed with goalkeeping talents from over the years and one of them is Ondoa who stepped up as an 18-year-old after great Carlos Kameni retired.

Ondoa won the AFCON with Cameroon in 2017 but has unfortunately dropped on the radar despite gathering 44 games for the Indomitable Lions. He currently plays in Latvia.

This Algerian goalkeeping talent was instrumental to Algeria’s 2019 AFCON win.

Mbolhi is one of the most underrated goalkeepers in Africa and although he was born in France, he’s managed 90 Appearances for the North Africans.

Gomis deputizes Mendy in the Senegalese national team and has around 15 appearances. The 27 years old plays for French club Stade Rennes Club.

Oukidja may not have a lot of appearances for the Algerian national team but the 32-year-old has a lot of experience playing in France.

The 2019 AFCON winner currently plays for Metz but he has also previously played for Strasbourg and Lille.

This might be controversial but Maduka Okoye shouldn’t be defined by his awful error that cost Nigeria a place in the quarter-finals of the AFCON in January.

Nevertheless, Okoye was impressive in the Dutch Eredivisie with Sparta Rotterdam last season, securing a move to the English Championship with Watford.

Ranking the Top 10 Best Champions League defenders ever in history