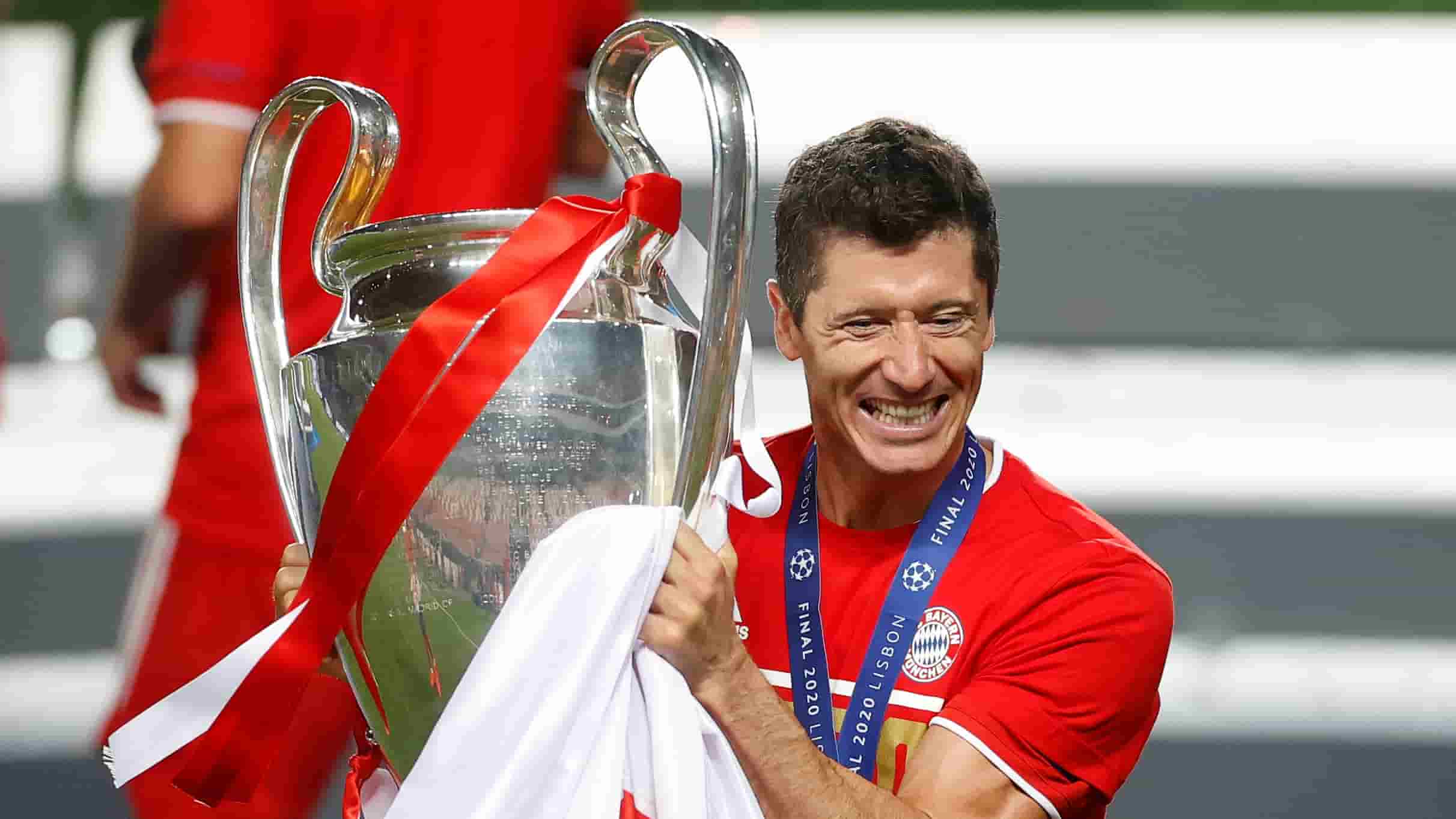 How many trophies has Robert Lewandowski won? The Polish footballer is one of the best strikers of all time, and one of the most successful players in the history of the Bundesliga with over 500 senior career goals scored for club and country.

Lewandowski was a player for Znicz Pruszkówa for two years from 2006 to 2008. He helped the team to win the III Liga in his first season at the club.

Lewandowski joined Lech Poznań in 2008 and played for them for two years until 2010.

He won the Polish Cup in his first season at the club after defeating Ruch Chorzów 1-0 in the final.

The following season saw him win the Ekstraklasa (after accumulating a total of 65 points, three more than runners-up Wisła Kraków) and the Polish Super Cup (after defeating Wisła Kraków 4-3 on penalties following a 1-1 draw AET) with the club.

Lewandowski played for Borussia Dortmund for four years from 2010 to 2014.

He won the Bundesliga in his first season at the club after accumulating a total of 75 points, seven more than runners-up Bayer Leverkusen.

The 2011-12 season saw him win the Bundesliga (after accumulating 81 points, eight more than runners-up Bayern Munich) and the DFB-Pokal (after defeating Bayern Munich 5-2 in the final with Lewandowski netting a hattrick) with the club.

The Polishman scored 10 goals in the 2012-13 UEFA Champions League season to help his team reach the final before losing 2-1 to Bayern Munich.

He won the DFL Supercup the next season after his side defeated Bayern Munich 4-2 in the match.

Lewandowski left Dortmund to join Bayern Munich in 2014 and played there for eight years till 2022.

He won the Bundesliga title eight consecutive times from his first season at the club to his last.

He achieved success in Europe in the 2019-20 season when he scored 15 goals in the UEFA Champions League to inspire his team to the trophy of the competition after defeating Paris Saint-Germain 1-0 in the final.

Robert then went on to win the UEFA Super Cup (after beating Sevilla 2-1 AET) and the FIFA Club World Cup (after defeating Tigres UANL 1-0 in the final) the following season.