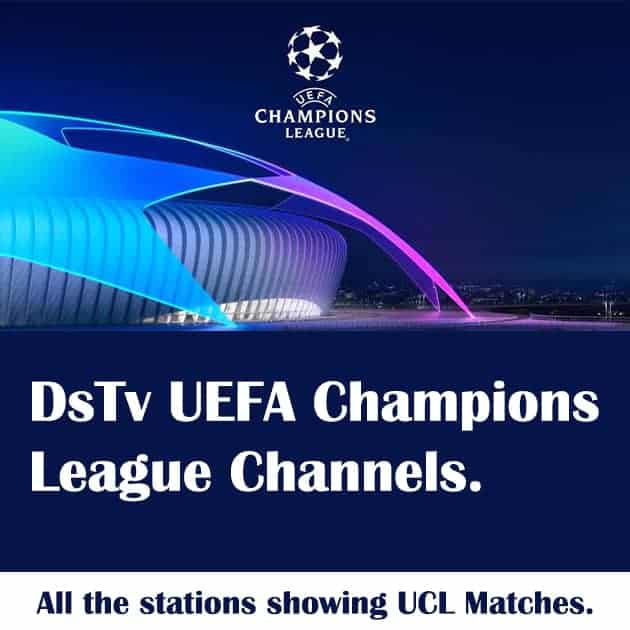 Are you looking for all the DStv Champions League channels that you can tune to this season to enjoy your football games?

One of the most watched football leagues or let me say sports competitions in the world is the UCL. However, it seems the love for this particular competition is even on the high side in this part of the world.

Hence this write-up on the DStv champions league channels for Nigerians.

That happened because it is the competition between the best of the best from different leagues across the continent.

I mean it is being competed by 32 teams each of which are the top clubs from their own country’s tournament.

That being said, it kicked off as the Europe Champion Club’s Cup in 1955 and was renamed UCL in 1992.

When there are more matches in a day, the aforementioned stations show the most important ones while the rest are shared among other supersport channels.

To access these channels, you must be on at least the compact plus package of the Dstv which goes for 14,250 Naira per month. The other package you can enjoy this is the premium which goes for 21,000 Naira every 30 days.

DStv is one of the most used pay TVs in Nigeria even with its high plan prices and that is because of the access to different variety of sports that only them can provide.

Their competition here in Nigeria in the sports category is very weak, you can even say they are competing with themselves because GoTv that came close is owned by the same company called MultiChoice.

If you are looking for the DStv channel that shows the UEFA champions league, then you should just subscribe to the premium bouquet or compact plus and switch to any of the channels listed above depending on the match you want to watch.

How To Renew Gotv Payment With Quickteller In Nigeria